Future of folk Taoism in Singapore

Future of folk Taoism in Singapore

According to the Population Census 2000, the number of Buddhist/Taoists in Singapore had plunged to only 50% of the population from 60% a decade ago, and it is said that most of the decrease affects the Taoist population (instead of the Buddhist population).  Both Buddhism and Christianity have seen substantial increase at the expense of Taoism

Anecdotal evidence and research from various sources suggests that Christianity and Buddhism tend to be associated with education, social status and wealth in modern Singapore today.  In an increasingly education and technology driven Singapore, some suggests that folk Taoism, with its complicated pantheon of gods and deities as well as its lack of a modern evangelical and bilingual publicity platform, appears to be losing its appeal among younger Singaporeans.

Whilst some argue that Taoist rituals may hold its cultural appeal among some younger Singaporeans, the skeptical counter-argue that such appeal tends to reside among the working class rather than the professional and technical segments of the population. 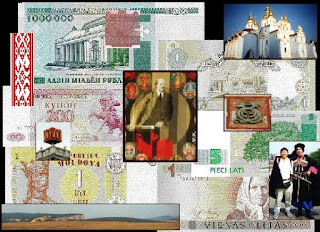 FROM BALTIC TO THE BLACK SEA A journey through the frontier lands of Europe, 1998 Latvia - Lithuania - Belarus - Ukraine - Moldova - Transdnestria