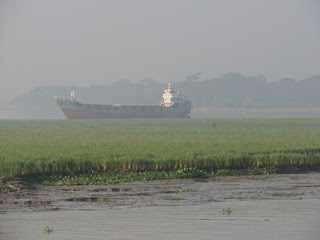 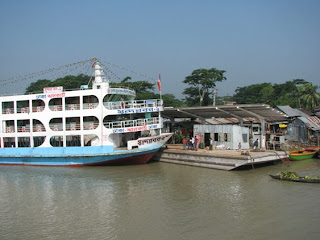 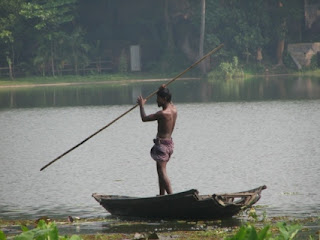 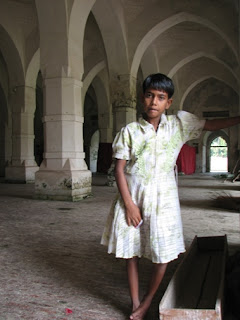 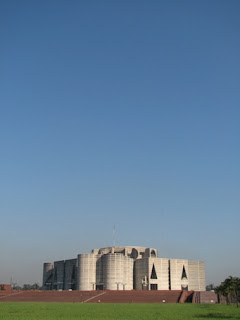 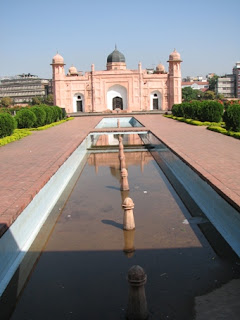 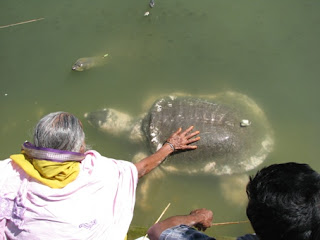 Grameen Bank
The Grameen family of companies include Grameen Phone, and half the time my Singapore M1 phone roams on Grameen and rest of the time mostly on Aktel.

Internet in Chittagong
During my short stay in CTG, most of the city experienced power cut during the day, which was a Friday and Islamic rest day. None of the cybercafés were opened and I could only surfed on the internet at the Golden Inn, which used Grameen Phone's network and was exceedingly slow. I felt my life wasting away slowly in front of the terminal… and sites with java script didn't work. So I couldn't do any of my banking and online trading transactions. Please, can Mr Yunes bring Bangladesh to a more advanced internet age?

Zia Memorial Museum
A number of photos showing President Ziaur Rahman with his wife, Begum Khaleda Zia, labeled as "President Zia in amorous moment with Khaleda". These photos usually showed them together in happy moments, smiling at each other or reading a book together. Elsewhere in the world this could meant something else more carnal.

The museum exhibits ended dramatically showing the bedroom/meeting room at the same state as the moment Zia was assassinated, together with photos of the bodyguards who were killed together with him. Then one walked out to the main staircase where Zia was machine-gunned. Dried blood on the wall and rather huge bullet holes on the floor. Unfortunately, the museum did not talk about why he was killed (attempted coup by fellow fighters in the earlier War of Liberation against Pakistan), or even how he came to power (through a coup).

Khaleda Zia and a son are now in prison awaiting trial for corruption. Yesterday's newspaper reported that the Armed Forces chief met another of Zia's sons in London and told him that he would be glad if the widow of the nation's hero was to be found innocent by the court. The son responded that he was confident that his mother would indeed be found innocent.

Hill Tracts
I am excited about going to the Hill Tracts. The Ethnographic Museum was very interesting and I subsequently found some books about the tribes and their history. They had their own rajas whose regalia were either in Indian Raj or Burmese royal styles. They certainly looked like East Asians, and were Buddhist in everyday lives. The raja of the Chakmas, the largest tribe, sided with the Pakistanis during the Liberation War and was deposed by the Bangladeshi government. He later became a Pakistani minister and ambassador.
Bangladesh Odyssey2