Since 10 November, I have been in Northern India, the Hindi heartland of India, often known as the Cow Belt, for the very reverence for the sacred cow in Hinduism which meant that one finds the cow everywhere, even in city centres and otherwise chic areas. Up till last night, I had actually written a few pages of a travel account and observations but unfortunately, the file had corrupted and I could only circulate this short note at present. In any case, please visit http://twcnomad.blogspot.com for the many photos of Delhi, Agra and Rajasthan taken over the last few weeks.

In Delhi and Agra, I visited the many monuments built during the Moghul period, including the Taj Mahal, now among the New Wonders of the World. The Moghul Empire was the last of the pan-Indian empires before British colonials came. The Moghul emperors had Mongol (hence the name) and Central Asian roots, were Muslims but had mostly Hindu mothers, and were renowned for their (mostly) tolerant religious outlook which led to the renaissance of a hybrid Hindu-Islamic civilization. 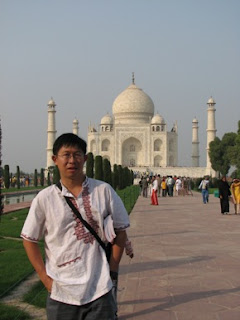 I passed through the new satellite city of Gurgaon located just across the border in Haryana state. Multinationals and Indian corporates had long given up on reforming the bureaucracy to revive the messiness of India's metropolis. Instead of rebuilding new infrastructure in old cities, new cities have been built on farmland, some of which were built in recently declared Special Economic Zones, in an effort to circumvent complicated and employer-unfriendly laws. Factories, logistic centres, glass towers and gigantic shopping malls have risen from nowhere in places like Gurgaon and Noida. We wanted to visit these places and their malls, to see what New India is like. Unfortunately, our selfish, calculative drivers (which was another whole new story by itself) were reluctant to bring us there, perhaps due to their inability to collect commissions and kickbacks if we shop and eat there, due to the transparency and openness of such malls. But transparency and fairness is what New India lacks and needs.

Sharing the roads with cows, goats, camels and suicidal drivers, I then spent just under 2 weeks in the state of Rajasthan, on the western border with Pakistan. Rajasthan, literally "Land of Kings", is inhabited by the Rajputs (literally "sons of kings"), a people with a proud military history and a staunch warrior code not significantly different from the code of chivalry found among feudal knights of European Middle Ages. 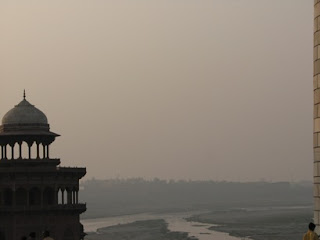 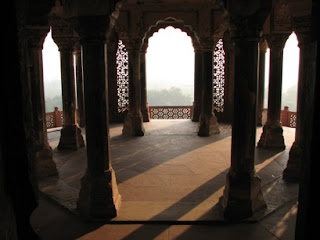 Over the last thousand years, Rajput prince-warriors, more accurately and perhaps contemporarily described as "military entrepreneurs", launch raids and expeditions from their desert homeland to various parts of India, where they founded countless city states. They were seldom united and often fought among themselves and with others. Whenever they encountered formidable enemies whom they thought defeat was certain, they would perform the jauhar, or ritual mass suicide. Women and children immolated themselves while men wore saffron robes and rode out to meet the enemies.

With the enforced peace that prevailed during the era of the British Indian Empire (also known as the "Raj") - yes, after the British defeated a few Rajput kingdoms convincingly and persuaded the rest that acceptance of British supremacy was the way to go – the Rajput Maharajas built magnificent and opulent palaces that reflected mixed influences from their ancient Hindu heritage, Islamic-Moghul former overlords and the exuberant new European taste brought to India by the British or brought home by Maharajas themselves after their grand European tours.

In Rajasthan, I visited the cities of Jaipur, Udaipur, Jodhpur, Jaisalmer and Bikaner, which were all capitals of once-powerful warrior states. The old royal families, who merged their kingdom with India in 1947 (when India became independent), had converted their grand palaces and monumental desert fortresses into museums and luxury hotels, which together with Taj Mahal, are today gems of the Indian tourism industry. These families, who previously had the power of life and death over millions of people, have transformed themselves into wealthy hoteliers and guardians of an ancient heritage. The palace museums that they run, are certainly a lot better maintained and visitor-friendly than those monuments owned by the Indian Government's Archeological Survey of India, which are dilapidated and bare. 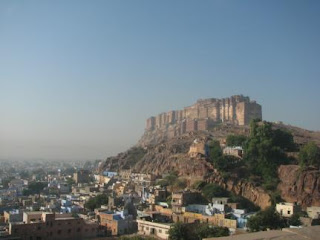 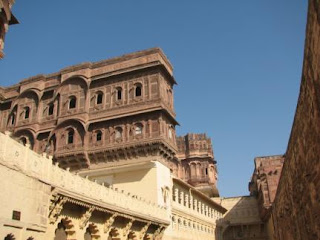 I went to the small desert oasis city of Pushkar and its sacred lake, during the world-renowned Camel Fair. A few hundred thousand Hindu pilgrims descended in Pushkar to pray and bath in its holy waters, and camel and cattle traders from all over India gathered here to trade and have fun. It was spectacular and certainly a feast for the eyes. 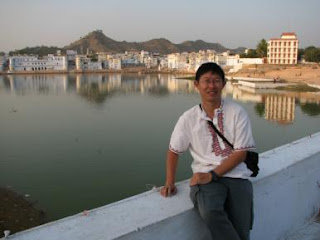 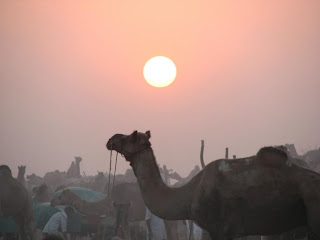 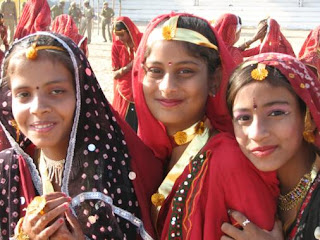 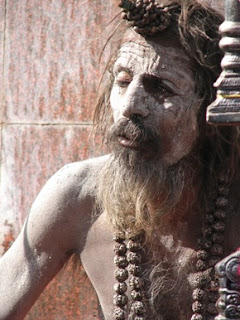 I also visited the beautiful Jain temples of Ranakpur and learned more about this small religious sect which had only 4 million adherents and yet controlled a much greater proportion of private wealth in India. In the village of Khuri near Jaisalmer, I rode camels to the sand dunes to watch sunset. I saw army trucks and tanks on maneuver in this remote desert region, less than 50km from the border with politically unstable Pakistan. 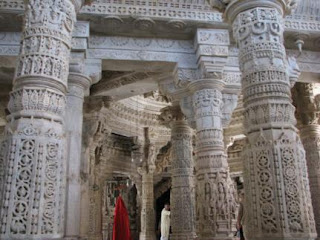 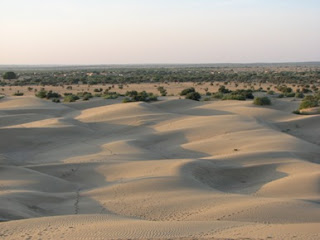 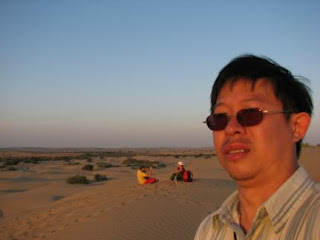 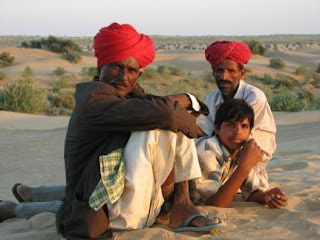 From Bikaner, I visited the Shekhawati region, famous for its wall murals and huge mansions; and Karni Mata Temple of Deshnok, better known as the "Rat Temple", where crowds worshipped the thousands of rats running around the temple. While I hopped around barefoot (compulsory to remove all footwear here) and rather nervously to avoid physical contact with any of these sacred creatures, many worshippers prostrated in front of the rat holes and chanted loudly for their prayers to be granted. 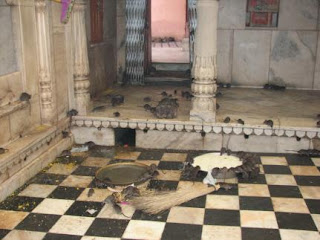 Tomorrow, I will fly to Guwahati and visit the states of Assam and Nagaland in North East India. These two states, together with Meghalaya, Arunachal Pradesh, Manipur, Mizoram and Tripura, are known as the Seven Sisters. Almost cut off from the heartland of India except for a small corridor just north of Bangladesh, these states have cultures which are quite distinctive. Many of the indigenous tribes who live here actually look more Southeast Asian or Sino-Tibetan than Indo-Aryan which is typical of the Indian heartland. Not surprisingly, many people here also do not consider themselves Indian, and since 1947, parts of the region have been in a state of constant rebellion.

In Assam, I will visit the Kaziranga National Park, famous for its one-horn rhinoceros, and then spend five days in Nagaland during the Hornbill Festival, when the many Naga tribes gather to sing, dance and celebrate their heritage. Formerly a headhunting people wearing grass skirts, the Nagas converted to Christianity 50 years ago, although the last headhunting incident reportedly took place in the 1960s.

Today, local press reported guerrilla attacks in parts of rural Assam and Maoist and Islamic riots had broken out in nearby Kolkata during the week. It does seem that places get exciting whenever I visit them.

That's all from me. I will write more when I have the time. In the meantime, feel free to drop me your messages.