A Cafe in St Vincent & the Grenadines 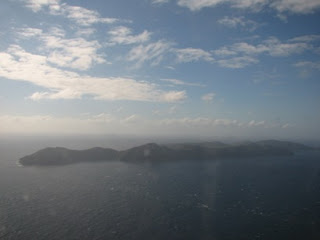 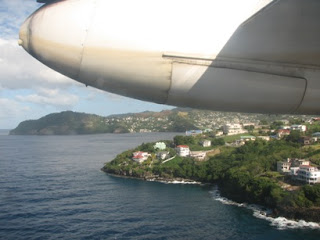 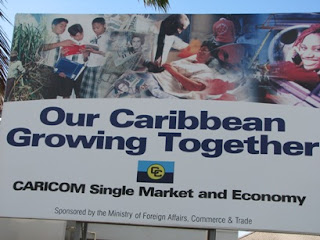 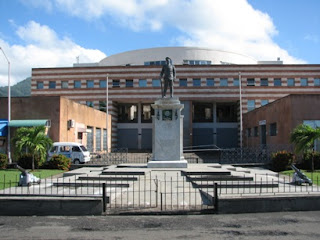 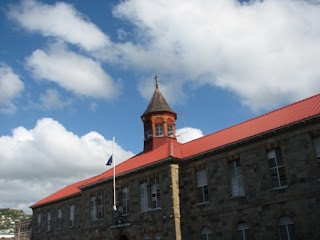 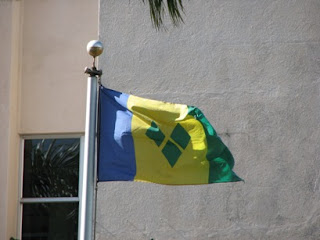 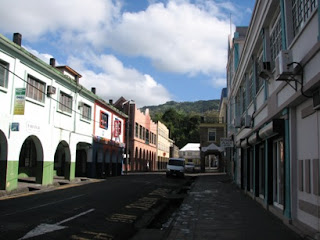 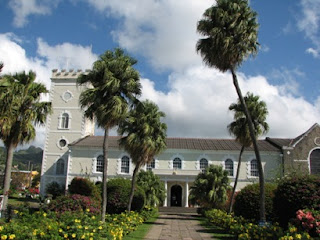 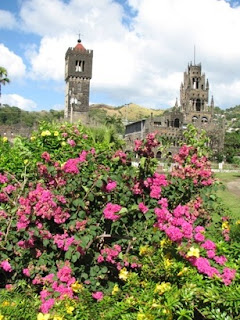 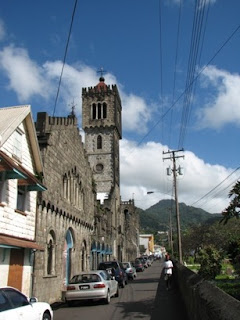 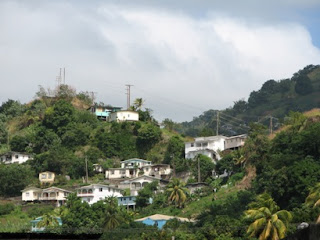 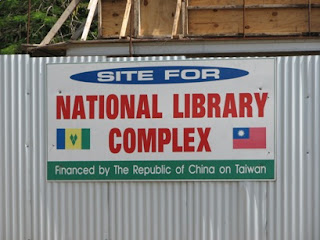 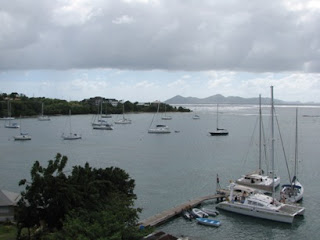 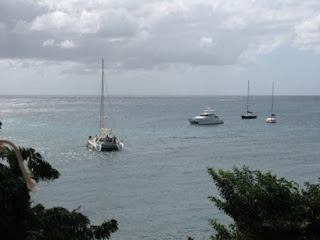 Flew from Barbados to St Vincent, the main island of the independent country of St Vincent and the Grenadines this morning. Very small airport typical of the small countries in the region. Left my suitcase at the airport and came downtown to Kingstown, the capital, to have a look. The smallish capital of this country of 110,000 inhabitants is completely DEAD. No shops, cafes or restaurants was open. It¡¯s Sunday and I heard gospel music from many community churches in different corners of the city, which for its predominant downtown architectural style, is known as the ¡°City of Arches".

I walked around the 12 blocks that made up downtown. A number of Rastarfarians with long locks wandering around aimlessly, some asking for a dollar. I didn¡¯t feel safe at all, although most of these people were half drunk and looked too confused to do anything. There were some policemen around and they said I could go to KFC which opened at 11am. I went to the Anglican St Georges Cathedral where I chatted to the friendly security watchman for a while. "Nothing to fear about those people. We Vincentians harm nobody. Just ignore those who ask for money," he said.

I went to KFC when it opened and spent 2 hours there, having brunch and finished reading the wonderful book "The State of Africa" by Martin Meredith. A good introduction to part 3 of Odyssey2. Here I have a view of Fort Charlotte, a fortress built by the British on a hilltop. Its guns were pointed towards the interior of St Vincent instead of outwards like most fortresses in the Caribbean. St Vincent was once inhabited by the Black and Yellow Caribs who fought vigorously against colonialisation. The Yellow Caribs were the original Amerindian tribes that once inhabited across the Caribbean. Later African slaves from European plantations who escaped to ST Vincent or who were shipwrecked here intermarried with the local Caribs to become the so-called Black Caribs who had a mixture of African and Amerindian traditions. After three decades of courageous resistance, the Caribs were eventually defeated by the British in 1796, and the entire population exiled to the island of Roatan in what is today Honduras, were they formed the basis of the Garifuna race.

I took a local bus to the laidback suburb (if there is such a thing called suburb for so small a capital city) of Vila here yachtsmen from all over the world relax and have beer after arriving at its marina. St Vincent has many small islands collectively known as the Grenadines, a few of which are exclusive private resorts of Hollywood stars and the world's rich and famous. Mustique is the most famous of them all. According to Wikipedia, "The island of Mustique is owned by the Mustique Company, which in turn is owned by the island's home owners. The island has approximately 90 private villas, many of which are available for weekly rentals through the Mustique Company. There are also two privately-owned hotels on the island (The Cotton House and Firefly). Because of its luxury and isolation, Mustique has over the years attracted a number of the rich and famous: Noel Gallagher, Princess Margaret, Mick Jagger, Bryan Adams, Shania Twain, Kate Moss, Felix Dennis, James V. Kimsey, David Bowie, Tommy Hilfiger, Robert Worcester, Jonathan and Ryan Marks, Kasia Michalski from Moongate and Sophie Pappalardo Countess of Zembreski."

Here I am having coffee at a marina-side cafe, while logging on wireless on my precious Kohjinsha laptop. In a few hours time, I will take the 8pm flight to another Caribbean state, Grenada, also my 148th country/polity.