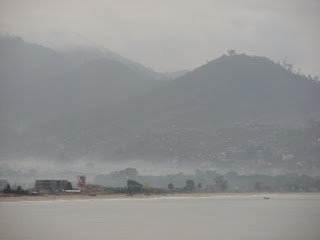 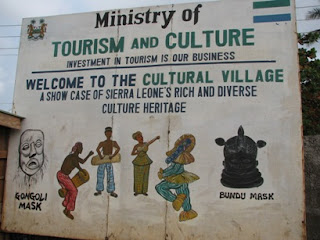 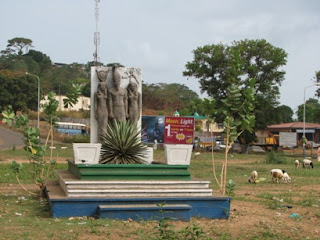 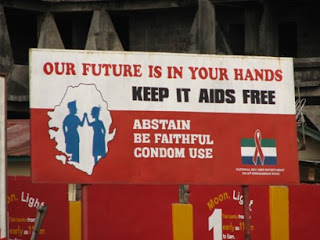 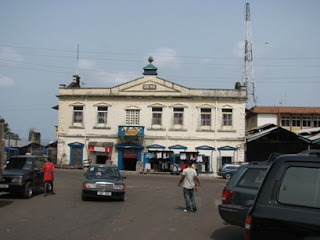 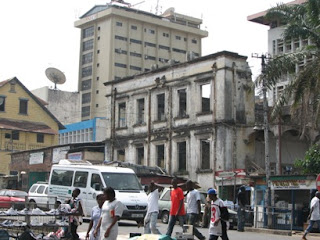 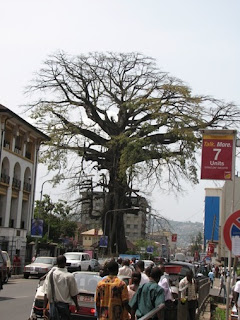 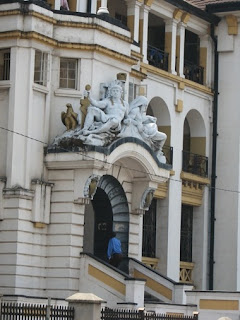 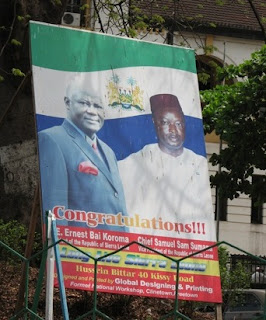 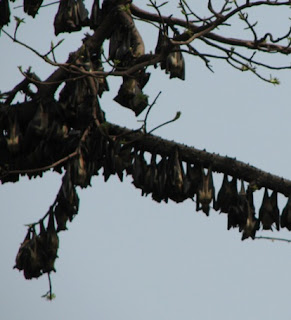 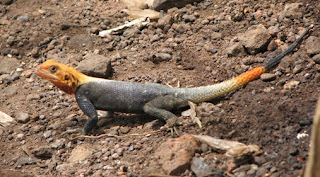 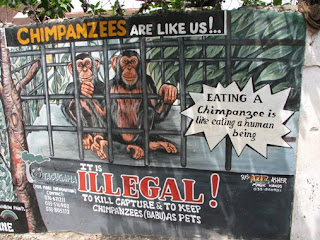 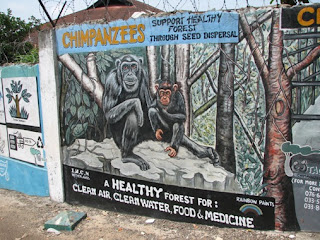 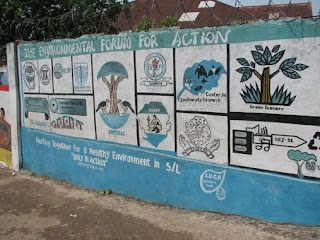 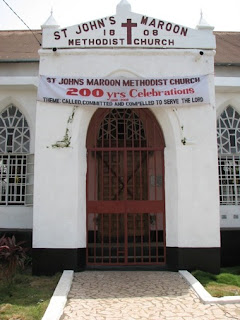 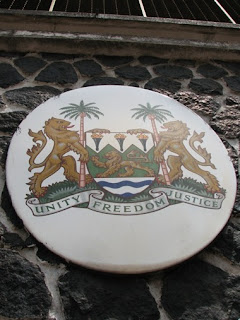 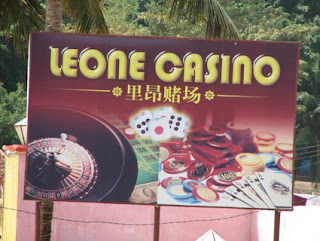 Visited city centre of today. There are still a few damaged buildings from the decade-long civil war which only ended in 2002 when international forces defeated the bloodthirsty rebel forces supported by 's Charles Taylor who was eyeing 's diamond wealth. Charles Taylor was forced to resign as President of Liberia in 2005 and now under trial for war crimes committed in . Many major government buildings have been restored and the country is clearly moving on.
The Tourist Board has several offices and is trying hard to make the place pleasant for the visitor. Lots need to be done ?for example, the country's beautiful beaches are full of rubbish and hotel rooms are ridiculously expensive.
is a typical city with terrible traffic, open sewerage and dilapidated public facilities. The terrible wars of the past decades also led to the uprooting of rural life, leading to the building up of huge slum communities surrounding what probably used to be a charming old town. Tin sheds amidst hills of rubbish and drains of stagnant sewerage, all alongside mangrove swamp along the lagoon, bays and riverside of the city - perfect breeding ground for malarial mosquitoes and other public health hazards.
We went to the largest supermarket called Chinatown at , the suburb popular with expats. Guess what? The owner, who is Mainland Chinese, is a resident with a daughter who lives in Yishun and studying at a polytechnic. I have to salute these Mainland Chinese. They came to penniless, tried to make some money, and move on to high risk markets like Africa after they obtain residency. Some of their children would eventually become Singaporean, and not only contribute to our multifaceted cultural mosaic but inject fresh dosage of entrepreneurship and adventurism into a society getting very comfortable with shopping malls, MTV and spa lifestyle.
banknotes are the dirtiest I have ever seen anywhere. Almost all banknotes we have gotten are extremely dirty, soiled and smelled awful. Even holding them is a health risk!
The centre of Freetown is dominated by an enormous cotton tree (see photo below) which has served as a landmark, even dating back to the old days in 1787 when freed slaves arrived here to set up an idealistic community of free black men run on Western lines, an experiment financed by British philanthropists and (slavery) abolitionists. Thousands of bats hung on its branches and flew around in a spectacular phenomenon at sunset every day. When I was taking photos, one local shouted fiercely at me. I couldn't figure out why. Maybe there is some local spiritualism associated with the tree. I chanted momentarily to apologise to the tree just in case (you know, typical Chinese way of buying insurance for any eventuality).
Tomorrow, we travel by bush-taxi to Guinea, my 153rd country.
Conflict and Post-Conflict Places Odyssey2 Sierra Leone West Africa