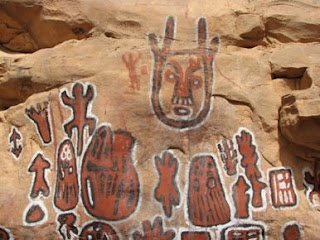 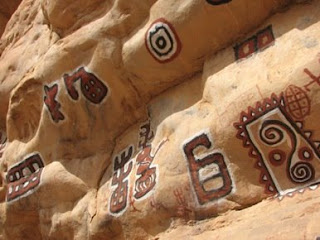 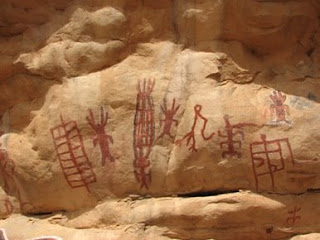 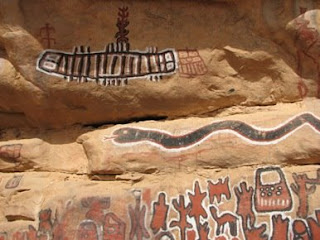 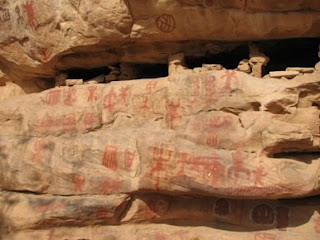 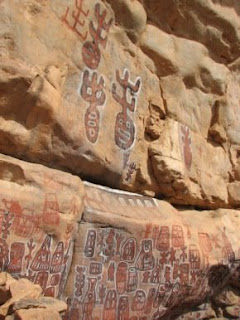 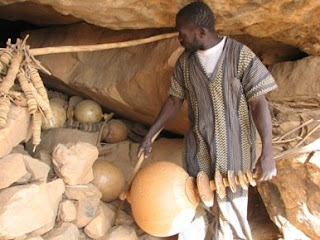 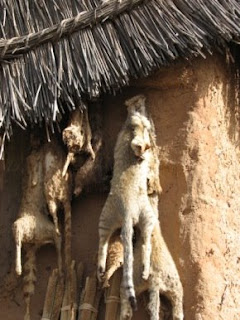 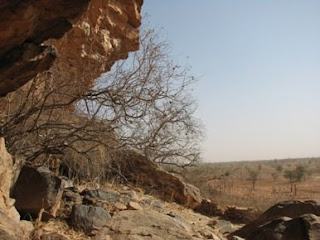 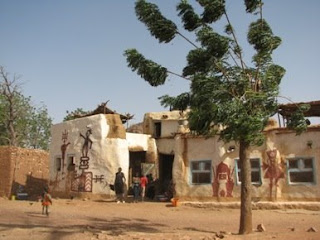 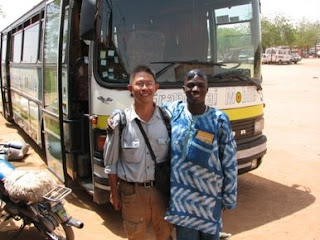 Friday 21 March 2008
Before I set off for Segou, Bebe brought me to Songho, a Dogon village about 15km from Bandiagara. This village is located between three spectacular huge rock-hills on the arid plains to the west of Bandiagara. Located on one of the hill are sacred caves where young Dogons from all over the Dogon Country gathered every two years for a month long circumcism camp. After they were circumcised, they would stay in the caves for 20 days to a month during which secrets of manhood and the Dogon religion would be learned.
After the "camp" was completed, the youths and their family would gather for a grand celebration during which, apart from the usual dances and cultural performances, each of the newly initiated youth would draw using natural reddish-brown, black and white ink their family symbols onto a wall at the entrance of the sacred caves. I found these murals amazingly refreshing and beauitful, with that "dream"-like aura of the art of the Aboriginal People of Australia.
Special calabash musical instruments would also be played but these must be put aside after the celebrations. If these instruments are played after the circumcism ceremonies, they have the potential of causing miscarriages and other ailments to those who hear the sound created.
Special races would be held as part of the celebrations. The champion would get bulls, which are symbol of wealth for the Dogon people. The runners up would marry the girl of his choice while the third winner would get some cash. I suspect that some might actually prefer being the runners up or the third winner than to be champion.
Mali Odyssey2 West Africa