Visit to a Tuareg Camp, Timbuktu 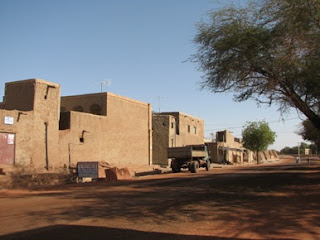 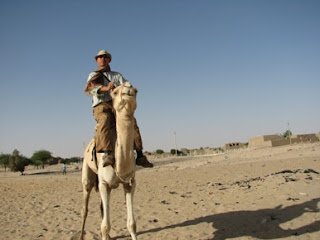 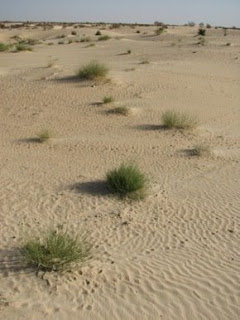 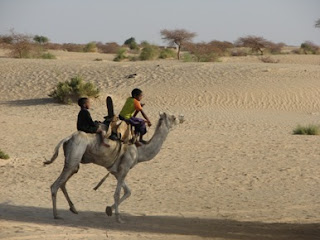 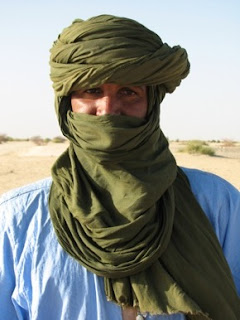 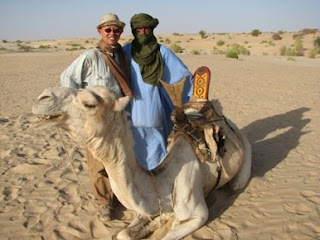 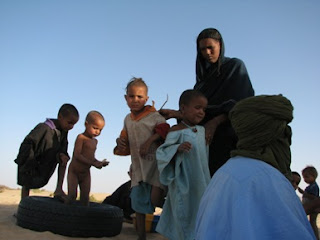 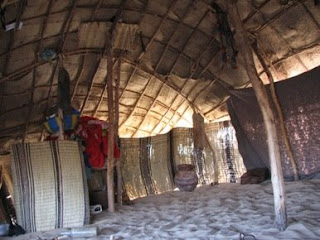 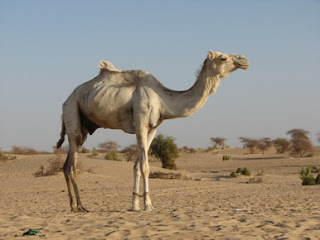 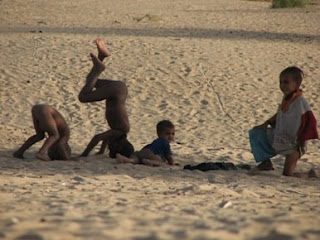 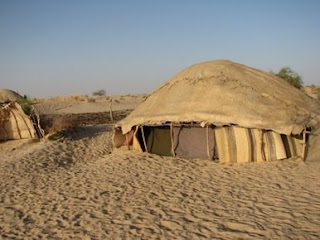 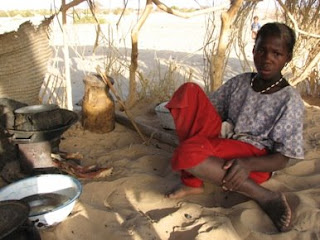 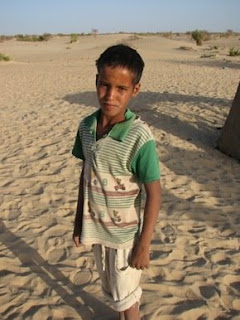 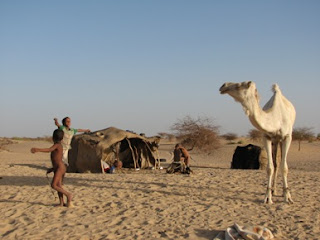 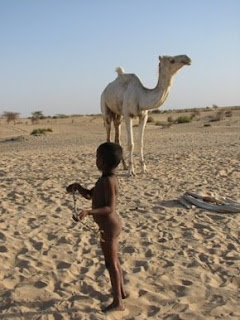 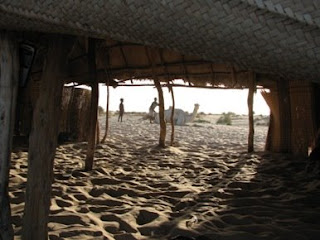 Many people here in thought that I am Japanese. They say, during the tourism season, hundreds of Japanese would descend on the town. It is low season now. Although I have seen some tourists here and there, the whole place is not crowded with tourists and one sometimes can be alone at tourist attractions.
Bought a small Tuareg dagger with camel skin cover for CFA 3,000 (about S$10). The price dropped from CFA 15,000. Yesterday, the Tuareg nomad who invited me for tea tried to sell me a less intricate and smaller piece for CFA 30,000.
The Tuareg village was so-so. I have done enough camel rides for sunset in my life to be too excited. Did that in , and , if I hadn't missed any. At the Tuareg camp, the very bored-looking family served me tea without much conversation, and lost all interest the moment I disclaimed any desire to buy the handicrafts and art objects.
I had a conversation with my camel guide. He came from a village 200km to the north. During most days, he travelled with the caravans to the salt mine 800km to the north to bring salt to . It's a 15 day journey each way through the desert. The women in the village also made silver objects which were then sold in whenever the caravan comes to town. Many years ago, the Tuaregs were "wealthy". They had hundreds of camels and goats. But a great famine some years back plus the disastrous Tuareg rebellion against the government practically destroyed their herds. Now they had to rely on the salt trade and handicraft, which does not bring much to the table.
From time to time, the caravans even go to Morocco, in particular, Merzouga, Zagora, Fes and Marrakesh (mention these places to any Tuareg here and their eyes would brighten up), through Mauritania and Morocco-occupied Western Sahara. I asked if they could enter . No, they couldn't.
I recalled my conversations with Tuaregs in in 1999. They lamented the establishment of modern borders which led to the decline of these trading routes which had existed for thousands of years. The Tuaregs, proud and fiercely independent, were once the masters of the . Now their lands were divided between the modern nation states of , , , , and . An ancient lifestyle and livelihood disrupted. Tuaregs have become second class citizens in some of these lands, and often seen as uneducated wild, uncivilised men and ruthless bandits. They rebelled from time to time but were always crushed. The dream of a Tuareg state remains unfulfilled.
Mali Odyssey2 West Africa