Ark of the Covenant, Axum, Ethiopia 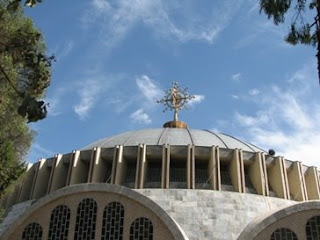 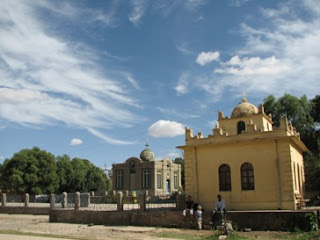 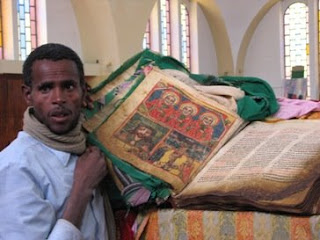 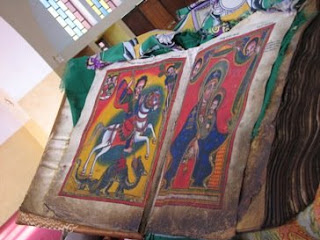 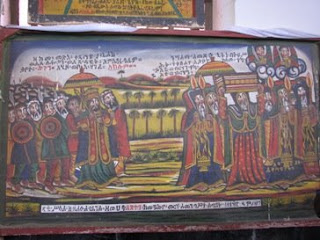 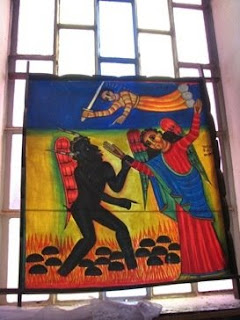 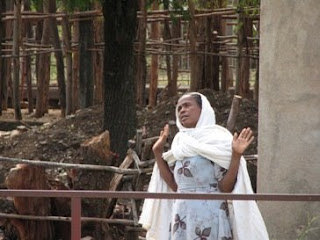 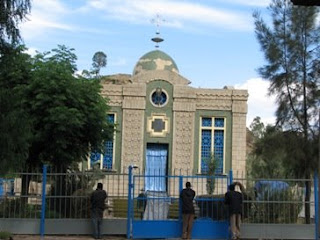 According to Ethiopian legend, the Queen of Sheba visited King Solomon of Israel but was tricked to sleep with him. Solomon told Sheba that she cannot take anything from his palace without asking for his permission. Sheba was served a very spicy dinner but no water. A glass of water, however, was placed in her bedroom. She was thirsty and drank from the glass. Solomon caught her and as a penalty she had to spend the night with him. Menelik was born from this night of dubious passion.
When he grew up, Menelik went to Israel to visit his father. He tricked the guardians of the sacred Ark of the Covenant, on which Moses had inscribed the ten commandments, and took the ark back to Ethiopia where he founded the kingdom of Ethiopia. All subsequent Ethiopian emperors and kings claim descent from Solomon, Sheba and Menelik, although historians are skeptical of such a link. The so-called 3000 years of the Solomonic line of Ethiopian monarchs only came to an end in 1974 with the overthrown of Haile Selassie I by communist army officers.
Today, in Axum, stood an enormous cathedral with a smaller chapel which supposedly houses the Ark of the Covenant. Only men can enter the compound of the chapel though no one but a designated priest is allowed to see the Ark. This guardian lives in the chapel and hardly ever emerges from it. He remains the guardian until the duty is handled to a specially chosen person when he is very old.
Many sacred works of art and bibles are kept in this sacred cathedral which is the subject of many Ethiopian Orthodox pilgrims.
Ethiopia Horn of Africa Odyssey2