Khartoum: Walk around town on the aftermath of the rebel attack 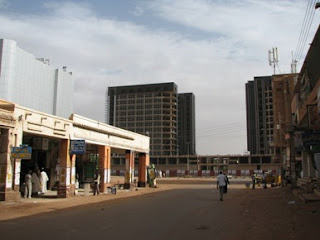 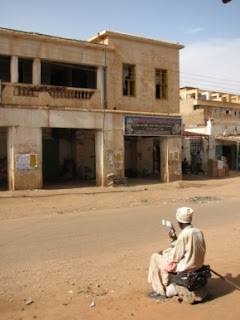 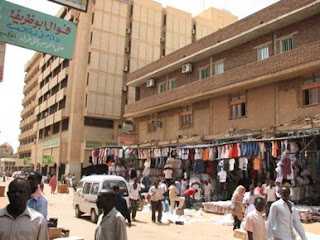 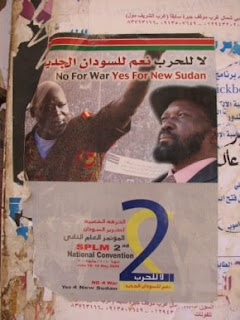 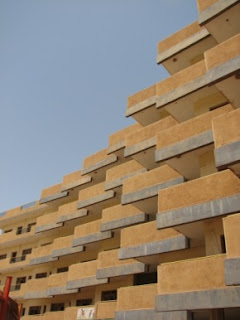 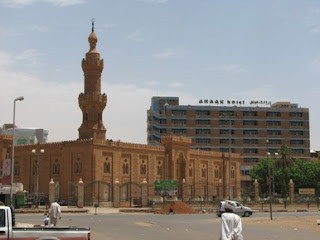 The streets of were full of soldiers given the failed rebel attack over the last weekend. That made it impossible for me to take photos of any large building or even public square in . The moment I take out my camera, stern-looking plainclothes secret police would run over, shouting "no, no!". There are many secret policemen around. They tend to wear shirts, stand around street corners, observing the scene with rather stern looks. Unconfirmed foreign press reports say that these secret police are now busy arresting people from the Dafur province who are living in , some of whom are suspect "Fifth Column" who might have assisted the provincial rebels in attacking the capital.
Sudanese soldiers tend to sit under trees taking shelter from the 45'C heat, sometimes sitting on armour-reinforced convertible Toyotas, with machine guns mounted on top. Most looked very bored and did small talk with me (How are you? Where are you from? What is your name? Do you like ?). Some were amused that I was here as a tourist and most were friendly. A few even asked me to come by to chat with them. It is such boredom that often plagued soldiers in guerilla wars. Rebels often take advantage of a seemingly prolonged lull to strike again.
Ironically, while I was unable to take photos of buildings (including the stunning Buj al Fatah financed by the Libyans, which looked like a yacht, not too dissimilar to Dubai's own famous Buj), most Sudanese, including women, love to have their photos taken. As I walked through the Souk (market) and Oudurman's Hamed el Nil, many people asked me to take their photos. They really enjoyed posing (often too sternly) and then looking at the photos taken.
Oh, I like the spiced Sudanese coffee, or jabanna. It's like the coffee version of the Indian masala tea, with the excitement of spices infused with traditional coffee. Fresh fruit juice was great too. Concentrated fresh mango juice costs only SDG 0.50 (US$0.25). I am a little worried with the small ice cubes inside but I guess my stomach is getting acclimatized to local water and bacteria. I am less happy about food here. Haven't found anything more than street kebabds and grilled chicken sold from stalls whose hygiene I am not really comfortable with. Haven't found the kind of restaurants I see in other African/Middle Eastern cities.
I passed by the huge offices of CNPC and Petronas, the oil companies of and , by the , just north of central . The Chinese have also invested in at least one major Sudanese mineral water company. The labels contained Chinese words praising the water quality.
My hotel lies in the middle of the souk. Lots of household stuff on sale. Loud African rap mixed with classical Egyptian music. Strange mix. Not surprising, as , Land of the Blacks in the Arabic language, after all, is where the Arab World becomes African. In , you still have to bargain to buy things, but people are more reasonable than in . Also more soft-spoken and genuinely friendly. Most people have heard of and said that many of their products come from , although I hadn't seen any.
Conflict and Post-Conflict Places Middle East Odyssey2 Sudan