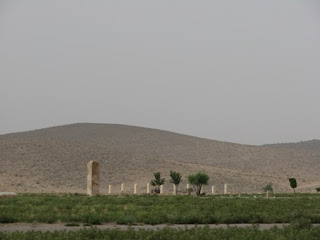 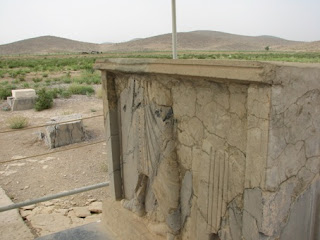 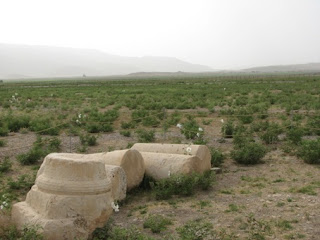 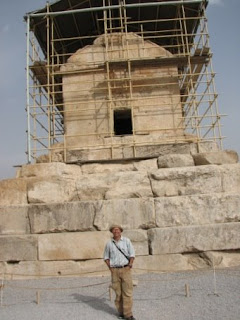 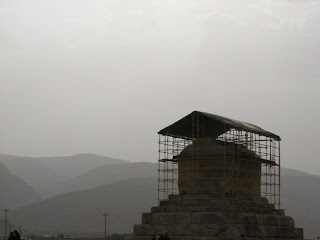 During the day, we also visited other great Persian ruins, such as the amazing royal necropolis at Naqsh-e-Rostam and Cyrus the Great's capital and tomb at – all UNESCO World Heritage Site. The latter is located on a windswept plain. Not much remains of Cyrus the Great's capital except a few columns scattered across the plain. I am not at all disappointed, as it was indeed as stated in the guidebook.
What was irritating was the crowd who overwhelmed what could have been a pretty picturesque scene. It must have been a group of university students or army conscripts – they were all fascinated by our presence. I must have been the most exotic foreigner there and many mobbed me for a photo with or of me. Maybe this could be second career for me, to be photographed by Iranians curious about foreigners. I could charge a dollar per shot… The minor annoyances aside, it must be great early in the morning, before the tourists arrive and when it was still misty, with the silhouette of distant hills forming the backdrop for these lonely columns.
Iran Middle East Odyssey2 World Heritage Sites