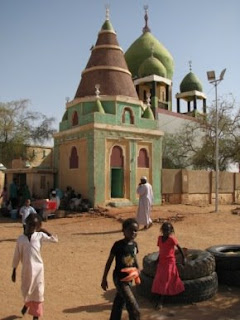 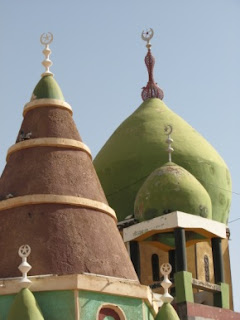 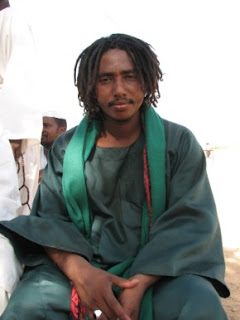 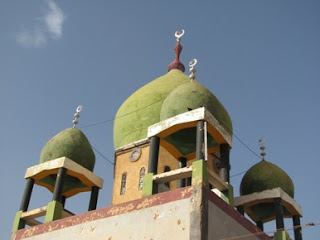 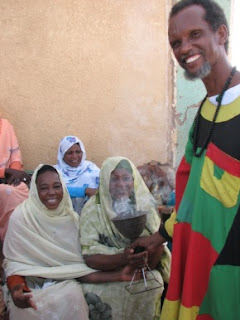 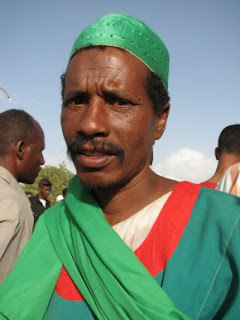 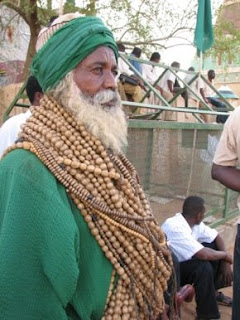 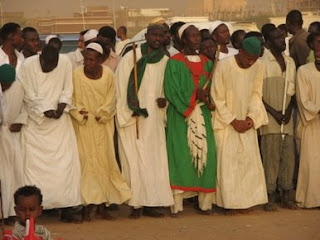 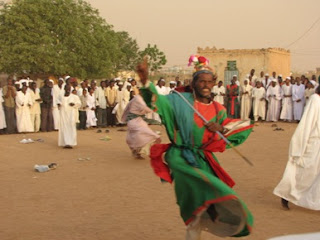 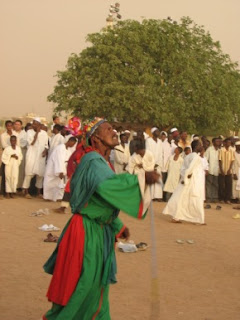 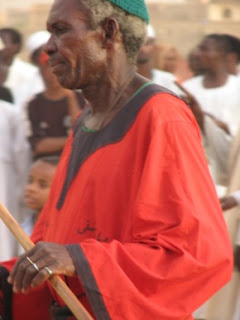 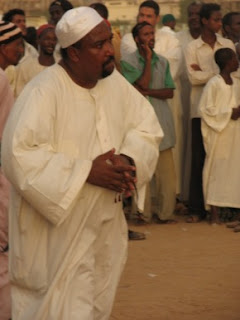 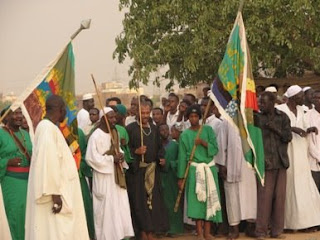 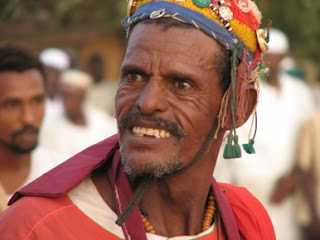 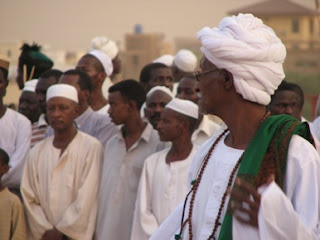 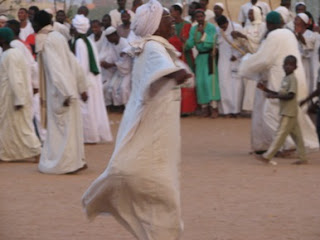 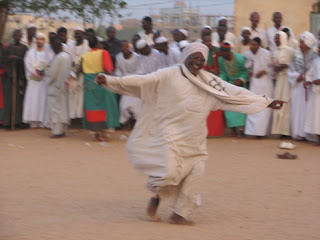 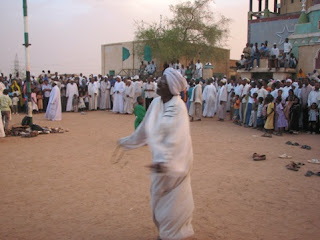 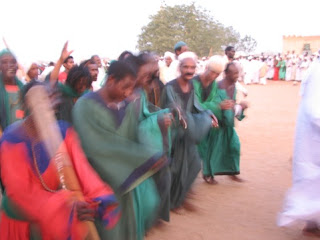 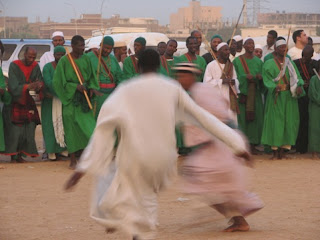 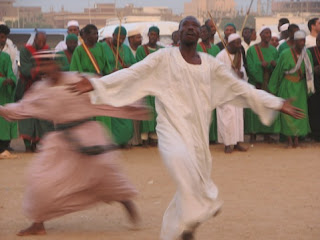 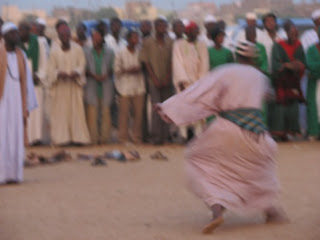 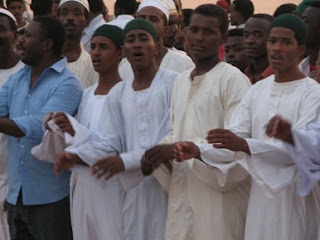 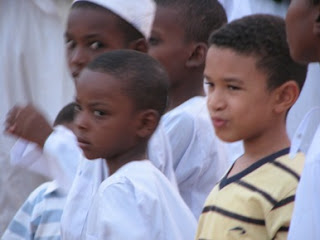 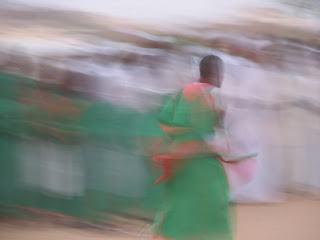 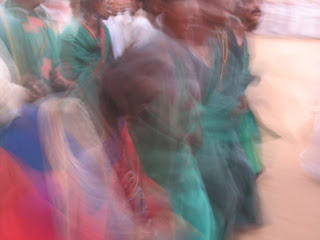 In the late afternoon, I crossed the over to Oudurman, 's twin city, where the Dafuri rebel attacks took place last weekend. Under the grand greenish domes of the Hamed el Nil mosque, I had a good time watching the whirling deverishes danced around trance-like proclaiming their love for Allah. They were joined by a few hundred spectators holding hands round them in a big circle, singing interspersed with chorus with "Allah" repeated again and again. I had imagined that the session would resemble the well-choreographed order of Turkey's famous sufis which I had seen on photos and video. Instead, the Sudanese version was more spontaneous, rowdy, and involved audience participation. It also contained what seemed to me like a vigorous African beat, with lots of hip swinging and swaggering. There was some whirling around by individual sufis, most of whom were dressed in red and green robes, but not in the "synchronized" Turkish fashion. Some of the sufis were dancing around obviously in semi-trance, more in a form of ecstasy of proclaiming their love for Allah, and certainly without the possessed looks found among tanki-shaman priests in .
I spoke to the locals about the rebel attacks. They said many of the rebels were young people in their late teens, who although had been very tactical in driving more than 600km from Dafur to Oudurman, did not quite know their way once in Greater Khartoum. They did not harm civilians, merely asking people the way to go to either the air base, strategic bridges or presidential palace. Eventually, they were all decimated by government soldiers without great effort. It's all about politics and ordinary civilians just want to get on with life without getting involved.
Conflict and Post-Conflict Places Middle East Odyssey2 Sudan