Chouf Mountains - Stronghold of the Druzes 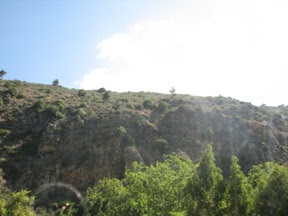 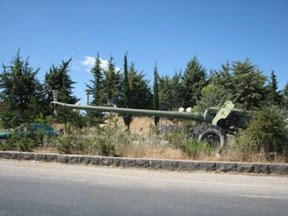 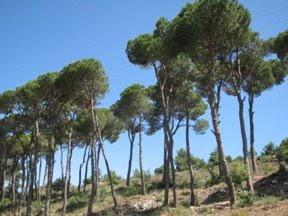 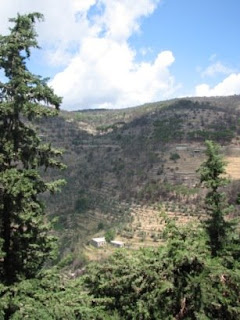 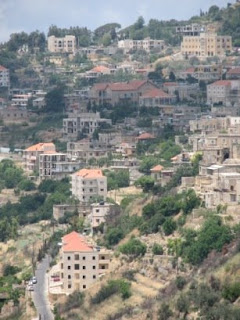 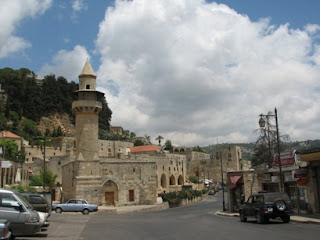 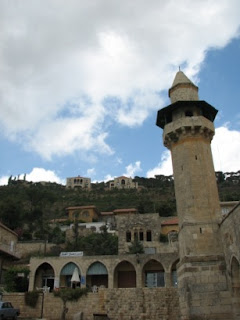 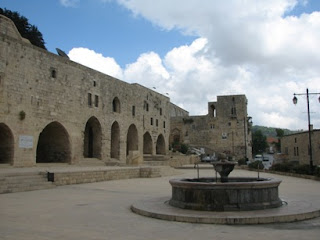 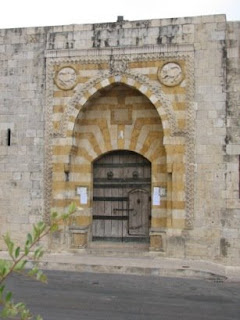 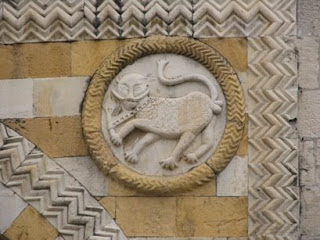 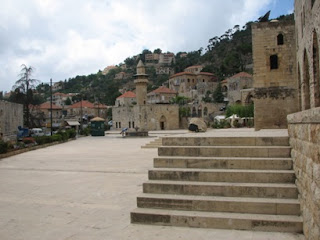 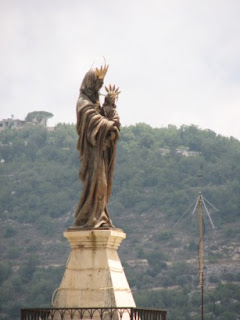 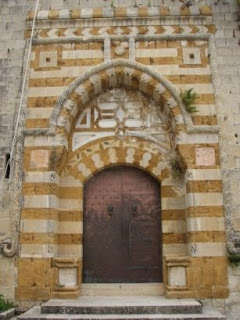 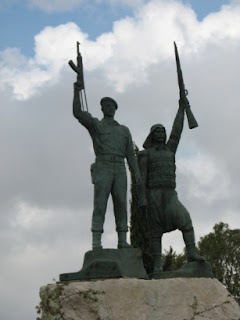 At 8am, I set off for Cola Bus Station with Brandon, a Californian guy really into political science. At Cola, we got onto a bus (LL 2000) which drove southwards through the Shia suburbs, then onto the coastal plains. We passed Damour (site of a terrible Palestinian massacre of a few hundred Maronite Christian civilians in 1976 during the Civil War, which involved rape and murder of women, mutilation of the dead and desecrations of ancient tombs, described with shocking details in Robert Fisk in his book ¡°Pity the Nation¡±) and the bus turned inland into the Chouf Mountains.
The Chouf Mountains are the historical heartland of the Druze though there are huge Maronite Christian communities here. Both communities have not always lived in peace, and it was the bitter civil war between them in the 19th century that led to European intervention and the resulting formation of the sanjak or autonomous state of Mount Lebanon within the Ottoman Empire, which eventually formed the nucleus of the Lebanese state of today after the fall of the Ottoman Empire. During the 1976-1990 Civil War, the Maronite Lebanese Forces and the predominantly Druze Progressive Socialist Party (PSP) led by the Jumblatt family (who were traditional tribal chieftains) fought bitterly in these mountains. More recently, during the clashes a few weeks ago in May 2008, Hezbollah attacked and captured villages controlled by Walid Jumblatt, current head of PSP, in the Chouf Mountains and forced PSP to surrender these villages to the Lebanese Army.
We took about one hour to reach Beiteddine, after walking through the splendid grounds of the luxurious Mir Amin Palace Hotel. From the high ground of the hotel, Beiteddine Palace is just below, a perfect sniper¡¯s position overlooking what is the Lebanese President¡¯s official summer palace. This might just be fine for the Prince of Liechtenstein, but certainly not a desirable hangout for any Lebanese president. Wikipedia.org has a special entry for ¡°List of assassinated Lebanese people¡± which has 19 political figures from 1979 till now, including 1 president, 1 president-elect and 2 former prime ministers.
Anyway, the magnificent Beiteddine Palace remains the official summer residence of the Lebanese president, and is a result very well-maintained and preserved. Built between 1788 and 1818 by Bashir Shihab II, the Maronite emir of Mount Lebanon, Beqaa Valley and Jebel Amil under the Ottomans, this is a magnificent example of mixed Moorish, Byzantine, Omayyad an European architectural styles, designed by, surprisingly, Italian architects. The palace was severely damaged by the Israeli army during their invasion of 1982, and was later taken over by Druze forces who turned it over to the government in 1999 to be turned into a museum.
We walked through the complex, awed by the intricate carvings and Andalusian-Moorish aesthetics combining in a most tasteful and graceful manner the flow of water via the courtyard fountains and those on the inner walls. There is also an interesting mosaic museum here, with well preserved Byzantine and Roman mosaics from a church in Jiyyeh, a coastal town just south of Damour. According to Wikipedia, ¡°The Prophet Jonah was said to have landed on its shores when he was spat out of the giant fish described in the Old Testament, and a temple was built which stands until today. It was known at the time of the Phoenicians as a thriving natural seaport. This natural seaport continued functioning and remains up to the present times. Many invaders passed through Porphyreon such as Tohomtmos the Egyptian who landed his soldiers on its natural seaport in order to fight the North. Alexander the Macedonian relaxed on its shore preparing for the attack on Tyre. St Peter and St Paul also walked through Jieh several times.¡±
During the Civil War, Maronite Jiyyeh was repeatedly attacked by Israelis, Palestinians and Druze. Jumblatt¡¯s forces had captured it a few times and horrific massacres had occurred it. Jumblatt¡¯s Druze forces, in particular, had been accused of ¡°taking no prisoners¡± (in Robert Fisk¡¯s book) and dynamiting churches in Jiyyeh. Interestingly, a commemorative plaque at the Mosaic Museum at Beiteddine Palace acknowledged the generous donation of Walid Jumblatt, respectable minister of public works, of all these exquisite mosaics. I wonder where he obtained these mosaics
From Beiteddine, we took a service taxi to Deir el Qamar, once the capital of the Emirate of Mount Lebanon and the long time residence of Emir Fakhreddine II the Great (1572-1635), an enlightened leader and reformist who brought much of what is today Lebanon under his rule, to the angst of the Ottomans. Nestled against the mountain slopes overlooking a deep picturesque valley, Deir el Qamar is a pretty if sleepy place. We strolled around for a while and had some difficulty finding transport out of town. The town is today Maronite Christian, hence our efforts to find any Druze house of worship didn¡¯t bear much fruit. In any case, a taxi driver told us that Druze houses of worship aren¡¯t open to outsiders, which is probably true considering their general secretive nature of their religion.
We then returned to Beiteddine and then took a bus back to Beirut. In town by 5pm.
Conflict and Post-Conflict Places Lebanon Middle East Odyssey2