on June 05, 2008
Iran Part 2: The Iran of Poets, Wine & Women
I got onto the 9am bus to Esfahan, whose inhabitants called it ¡°Half the World¡±, on account of its grand monuments and aesthetic urban design. Once again, the bus travelled through over 400km of wild, dramatic landscapes which included the dry ranges of the Zagros Mountains, desert wastes, dry grasslands and fertile oases and river valleys. 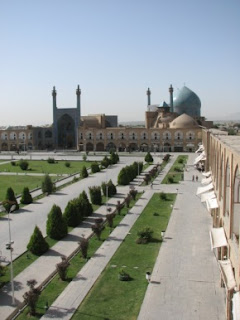 As the next week would be Khomeini¡¯s death anniversary, religious police were patrolling with greater vigor in their cars with green paint and special insignia, looking for single man hanging around with single woman, or people who break the law by dancing or singing. All Iranians were supposed to be mourning for Khomeini the following week and so more religious police were going around to make sure no one was having too much of a good time in public. I asked Maryam if we would run the risk of getting questioned by walking around without her relatives around. She laughed, ¡°I don¡¯t care.¡±
---
Esfahan is a city of beautiful bridges that link two halves of the city bisected by Zayandeh River. Esfahanians like to spend their time strolling along the river, or picnic by the green belt on its banks. Every evening, or on the Friday rest day, the river banks are crowded with families and couples. At night, the bridges are lit up to create a most romantic atmosphere.
The cynic, however, would attribute this to the lack of places to hang out in Esfahan, or Iran in general. Most forms of public entertainment are forbidden by the Islamic Republic. Dancing and partying are forbidden. Only men are allowed to sing and only religious songs are allowed. Some members of the religious establishment believe that when women sing, men with a weak mind could be tempted to commit hideous crimes or act in manner deemed indecent by polite society. Tea houses in some places have been shut down, sometimes because they are deemed dodgy places for un-Islamic mixing of different sexes, and sometimes because people smoke water pipes there instead of devoting time to the study of Quran. There are a few cinemas but some clergymen would love to see them closed, as they might prompt naughty un-Islamic values. The naughty ones can buy pirated DVDs or VCDs from many shops and watch them at their home¡¯s privacy. Nothing wrong about piracy as it is the financial loss of already wealthy movie makers of the Great Satan, as America is known as to the regime.
---
I visited the Imam Khomeini Square again, and also the monuments around it. Imam Khomeini Mosque ¨C Completed in 1629 during the reign of Shah Abbas the Great, this is one of the most monumental mosques in the world. A pity massive tent and scaffolding has been put up over its entire courtyard for ceremonies relating to the death anniversary of Ayatollah Khomeini, obscuring the magnificent inner gateway facades. 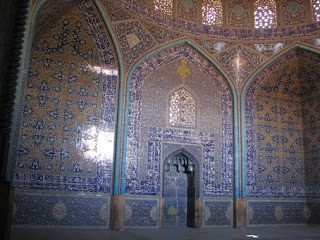 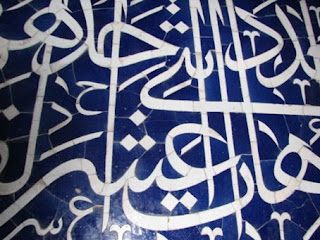 Sheikh Lotfollah Mosque on the eastern side of Imam Khomeini Square: I thought I would be tired of mosques by now, but the interior of this mosque really surprised me. No wonder a plaque en-site described it as the most beautiful mosque in the world. The amazing interplay with light and geometrics made this an architectural wonder and an aesthetic beauty. Yes, the plaque is not too far off the truth. 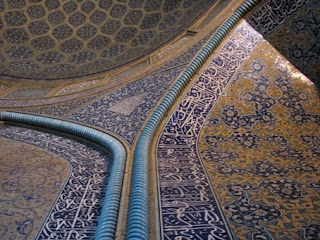 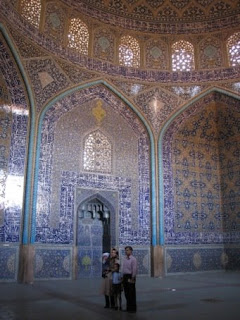 Ali Qapu Palace - Built in the 17th century, this six-storey palace commands a strategic view across the square. It was once renowned for its beautiful frescoes and one of the finest examples of Persian painting and arts during the Golden Age of Abbas Shah. Unfortunately, most of its murals and frescoes were destroyed by Islamist fundamentalists during the Islamic Revolution of 1979. The fundamentalists regarded these murals not as fine art but as pornography, a symbol of the aristocratic ruling class and an abhorrence of Allah¡¯s decree against idol worship and portrayal of human images.
The walls and ceilings of the palace are bare today, except for some colourful floral tiles on the staircase and a few faded frescoes of dancing girls that hinted at the exuberance of what used to exist. I was almost heart-broken when I saw what remained today. Ironically, on the outer walls of the palace are portraits of Supreme Khamenei and Ayatollah Khomeini. I wonder whether the fundamentalists would regard these too to be graven images. An Iranian I met grumbled sarcastically, ¡°Who do they think they are? The new shahs?¡± 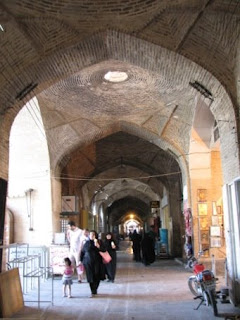 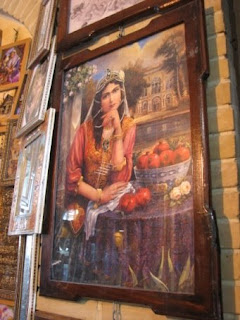 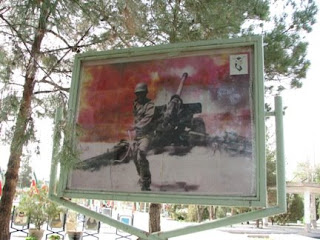 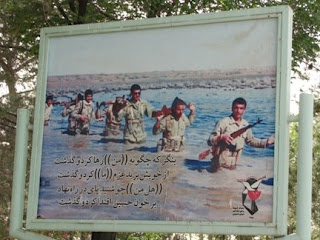