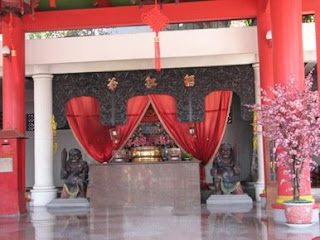 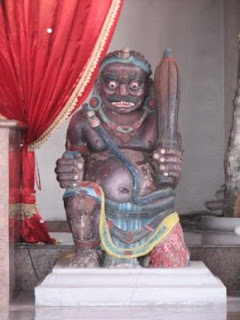 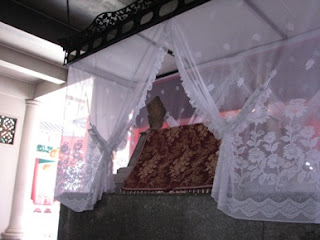 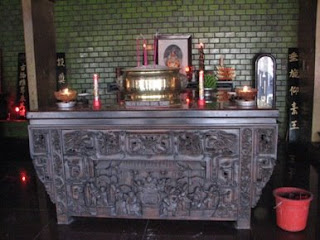 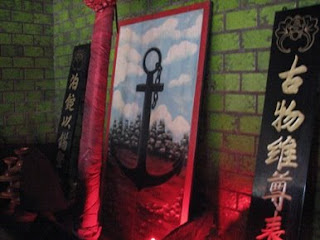 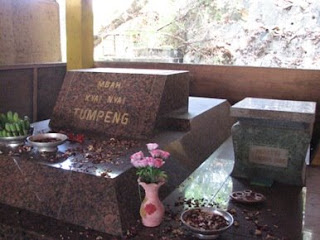 Zhenghe’s Muslim navigator and cook are buried near here and have also become saints for the local Chinese. The navigator is buried in a traditional Muslim keramat taken care by an elderly Javanese man who performs prayers on behalf of the visitor for a tip. His tomb is guarded by statues of pre-Islamic Javanese guardian gods. The anchor of one of Zhenghe’s treasure ships is also an object of veneration here.
Indonesia