The Ouagadougou Supper Club held its inaugural meet under this name yesterday, over cheesecake, chips, red wine, sparkling rose and a dubious white known simply as “Classic Australian White”.  Thought it was an amazingly fun and cool session and it would be interesting to keep a record of it.  We can have a good laugh in a few years’ time.

We began the session with an explanation as to the origins of the name, which is that of the capital of the West African country of Burkina Faso.  Like Kathmandu and Timbuktu, an exotic name that is the expression of a faraway, exotic place.  Nevertheless, the delegates were amused, a little scandalized when reminded that the inhabitants of Burkina Faso are known as Burkinabe, which sounds like an expletive in the Hokkien tongue.  Attendees were also individually tested as to whether they could pronounced the word “Ouagadougou”.

Over the next 4 hours, the group, over food and wine, indulged in discussions about a wide range of topics, including the following:

- the cold and seemingly rude Russian external image vs the warm, hospitable friendships one can potentially establish with Russians which is an amazing contrast

- sea-sicknesses and gigantic waves: members shared experiences of waves in Southern Chile and the Galapagos

- the Gran Sabana region of Venezuela: a member enlightened us about this amazing region and its “energy-filled” crystals and “Lost World” tepuis (table-top mountains)

- island-hopping in the Caribbean

- difference between the Spanish spoken in Rio de la Plata (Argentina & Uruguay) region, Peru and Ecuador; and the experiences of speaking Spanish, Portuguese, Italian and French in Latin America

- we deliberated over the unusual romantic phenomena between Philipino domestic workers and Bangladeshi workers in Singapore despite major cultural/physical differences; and why such a union is not found between PRC and Philipinos despite closer physical appearances.  Lingistic differences is hypothesized as the key critical reason.

- we debated ferociously over issues relating to domestic workers in Singapore and the appalling condescending attitudes many Singaporeans have adopted towards their domestic helpers.

- the origins of the Malagasy people and how similar they are to the Indonesians.  A member also shared his experiences of rice and beef in Madagascar.

- the little-known issue of Malaysian illegal immigrants in Japan and the USA, and of members’ experiences coming across these in the Caribbean island of Aruba

- nasty ethnic minority immigration officers at US and UK airports 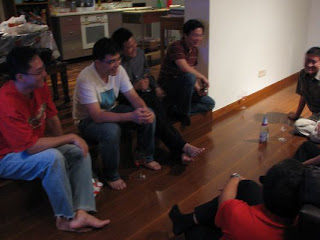 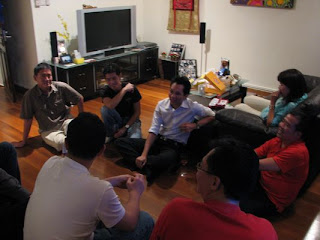 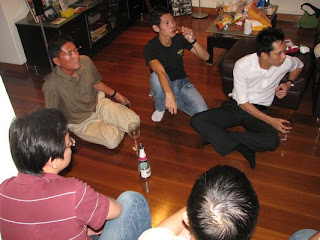 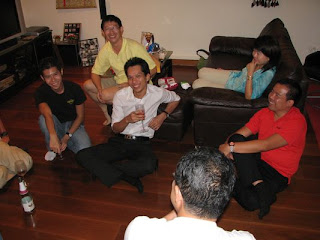 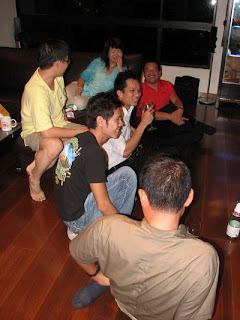