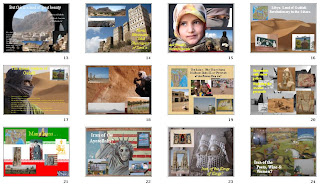 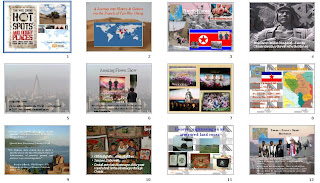 This book, as the name implies, is a collection of stories from a few places or regions that have appeared in world news in the past two decades...It is not a travelogue in the usual sense of the word, but an attempt to highlight facts and events in a more timeless fashion. It is a journey into the history and cultures of these places told through my journeys, particularly the amazing historical coincidences and links between the past and the present, and between seemingly unconnected places.  An example is the link between China and Sudan, told through the story of British General Gordon, who was regarded as a hated imperialist by both countries, and yet the inspiration behind the chivalrous character played by Andy Lau in the film Warlord.  And of the story of the Queen of Sheba who ruled what is now Yemen and King Solomon, and how that led to the foundation of Ethiopian state, and that of coffee and Moca and their links with Yemen.
Myself