on November 01, 2009
I never knew there is a sintua (Taoist shrine) at an apartment near my parents' place at Shunfu Road, but I was interrupted by loud clashes of cymbals and traditional Chinese drums while grading some academic papers. I hesitated for a while, letting the ceremony go on, as I really needed to finish my work. But 15min lapsed and I abandoned all my reservations, grabbed my camera and rushed downstairs. Wee Cheng the amateur anthropologist has taken over me.
The possession of the tangki had already taken place...there were three shamans, or tangkis as they are known in the Hokkien dialect, all possessed by their respective Taoist deities (or gods). Two were ladies and one was a man. The key deity was Jiu Tian Xuan Nu (九天玄女) - Mysterious Lady of the Ninth Heaven. According to http://www.taoistsecret.com/taoistgod.html#11, she had been the teacher of the Yellow Emperor, and had assisted the mythological Yellow Emperor in defeating his enemies with a magical seal and sword, and a drum that was made out of cow skin with eighty sides.
There was the usual lion and dragon dances, and after the tangkis danced together with the lions and dragons. Three full-regalian Taoist priests led the prayers and elaborate Taoist offerings were then burned as sacrifices to the gods. 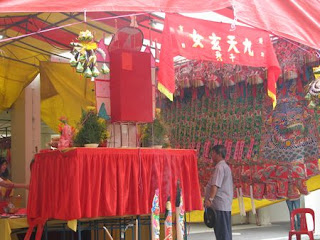 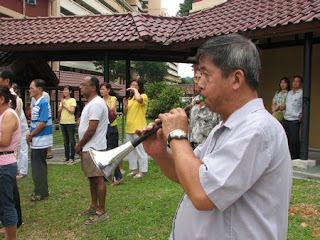 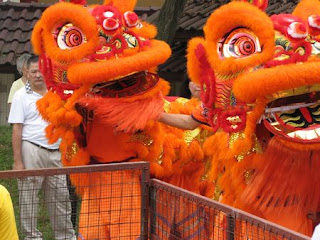 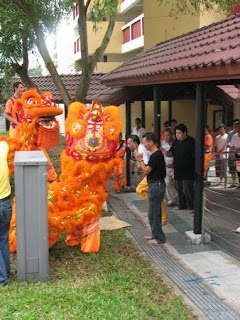 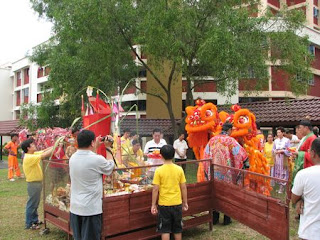 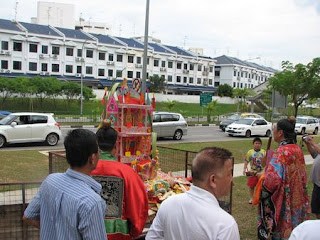 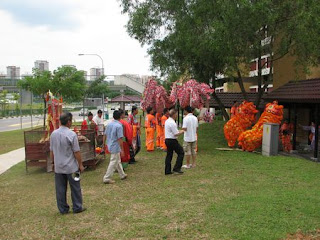 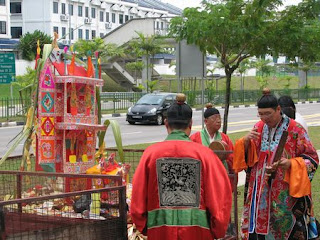 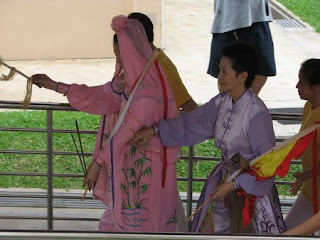 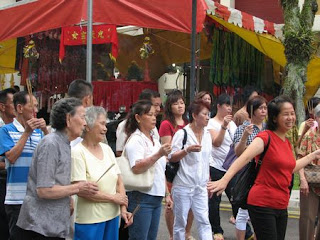 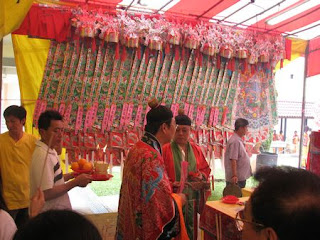 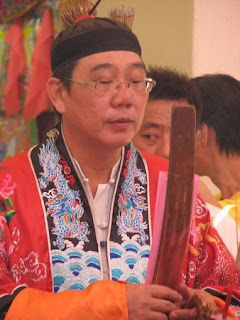 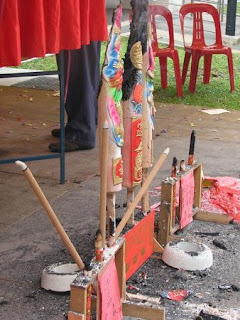 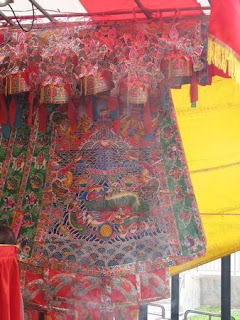 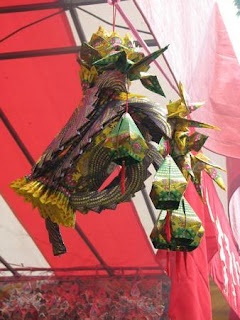 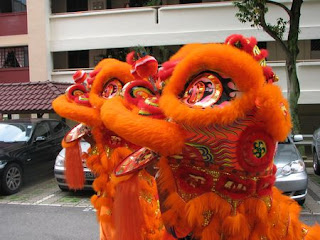 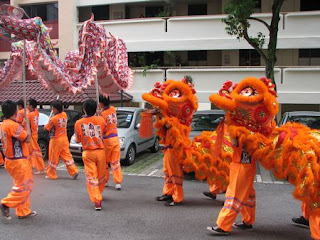 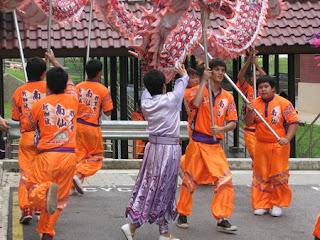 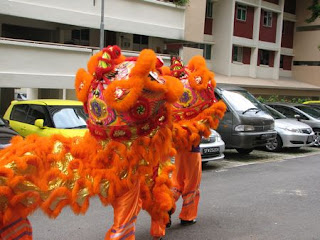