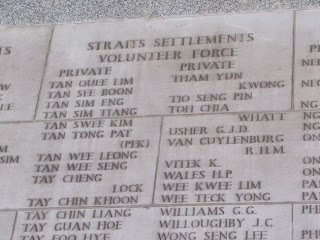 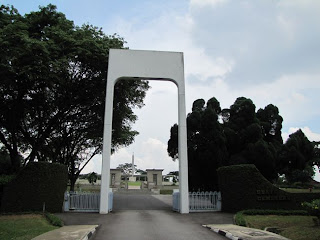 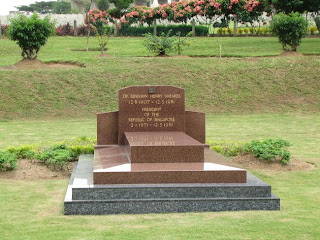 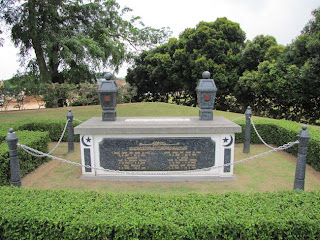 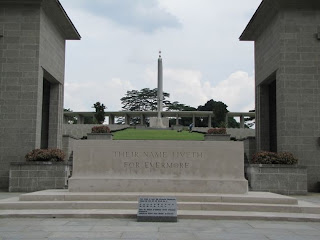 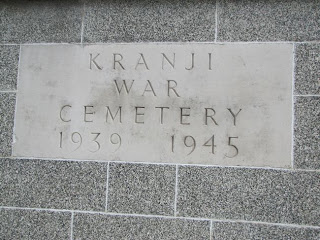 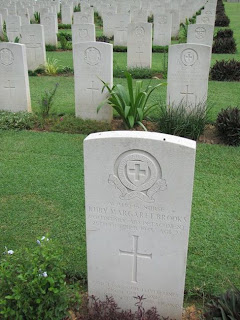 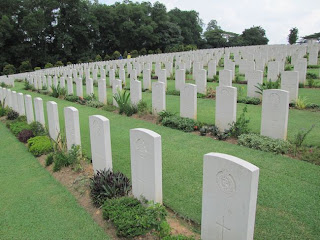 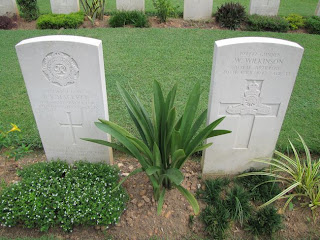 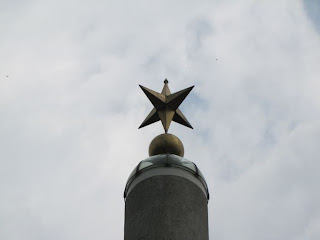 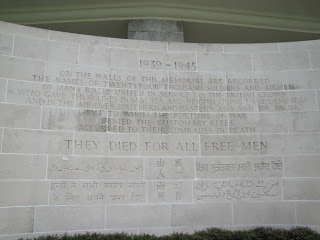 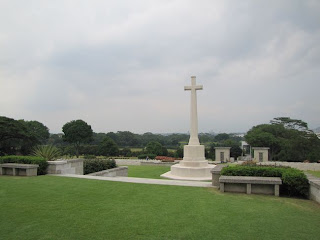 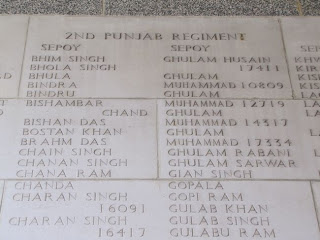 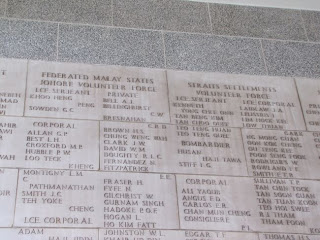 I have visited Commonwealth WWII war cemeteries in Tricomalee (Sri Lanka), Chittagong (Bangladesh) and Kohima (Nagaland, India).  Guess I have to visit the one in Singapore too.  Right in front of the Commonwealth War Cemetery is the Singapore State Cemetery where Singapore's first (Yusof bin Ishak) and second (Benjamin Sheares) presidents were buried.  The third president, Devan Nair, died in self-imposed exile in Canada and was buried there.  The fourth president, Wee Kim Wee, was cremated and his ashes placed at Mandai Columbarium, at his request to be among the ordinary people of Singapore.  The fifth president, Ong Teng Cheong, did not receive a state funeral.  Thus are the little-known political complications in Singapore.
The Commonwealth War Cemetery looked just like any other CWC I have visited. Very well-maintained and dignified.  It's interesting to note that whereas British war deaths were once buried in places where they died for the empire, today's war casulaties in Iraq and Afghanistan were returned to their hometowns in the British Isles.  The Empire was long gone.  No more reasons to bury where the Union Jack still flies.  It was also interesting that, from my limited and superficial observations during that short walkabout, British war dead were buried in individual plots while Asian war dead merely had their names engraved on the walls behind.  Perhaps it isn't difficult to guess the reasons.
Singapore