on May 11, 2010
Dear all,
Apologies for not writing alot in the last one year.  With the advent of blogging and Facebook, I have almost forgotten about my yahoogroups. 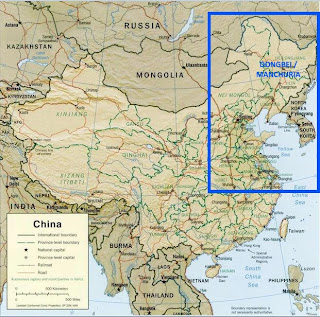 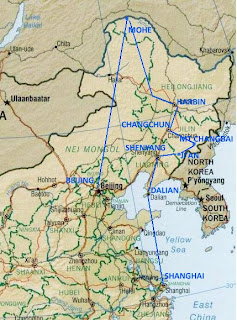 I will be travelling again, now that it is the end of the academic semester.  On Sunday, I will be off to China for three weeks.  I will be flying to Beijing, then connecting a flight to Mohe (Heilongjiang Province) at the northernmost tip of China, on the border of Russia.  I will dip my toes on the southern banks of the Amur/Heilongjiang River (I did the same on the Russian side of the river in 2002 when I travelled on the Trans-Siberian Railway), then make my way over the next three weeks southwards across the Manchurian/Dongbei Provinces of Heilongjiang, Jilin and Liaoning, before flying to Shanghai to visit the World Expo.  During this journey, I would also visit the Dongbei cities of Harbin, Changchun, Shenyang and Dalian, the spectacular crater lake of Mt Changbai (legendary founding spot of the Manchu and Korean peoples), and three UNESCO World Heritage Sites: The Imperial Palace of the Qing Dynasty in Shenyang, the Imperial Tombs of the Qing Dynasty in Shenyang, Capital Cities and Tombs of the Ancient Koguryo Kingdom (Jilin Province).  (See http://twcnomad.blogspot.com/2010/05/4-days-to-russo-chinese-border.html for the route and dates) 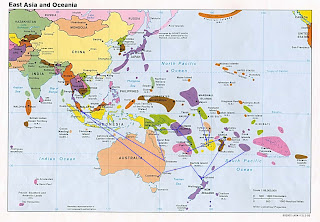 I will then return to Singapore for about 10 days, then fly off to Brisbane, Australia, where I would embark on my 6-weeks island hopping in the Central and South Pacific.  I would do quick visits in the following places:
- Brisbane, Australia
- Port Moresby, Papua New Guinea
- Solomon Islands
- Nauru
- Vanuatu
- New Caledonia
- Wallis and Futuna
- Fiji
- Kiribati
- Tuvalu
- Samoa
- American Samoa
- Tonga
- Cook Islands
- North Island, New Zealand
- Norfolk Island
- Canberra (via Auckland)
I will be flying over 20 flights on this Pacific journey on airlines large and small, including Singapore Airlines, Polynesian Blue, Air Niugini, Air Vanuatu, Our Airlines (of Nauru), Air Calin (of New Caledonia), Air Kiribati, Air Pacific (of Fiji), Air New Zealand and Norfolk Air.
Not sure if I would post anything on my yahoogroup lists, but do check out my blog (http://twcnomad.blogspot.com) and Facebook page (less frequently).
Take care and good luck!
Wee Cheng
China China - Northeast-Dongbei