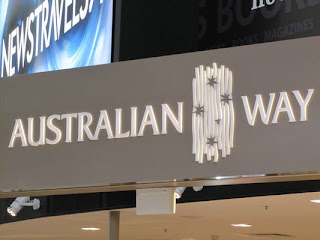 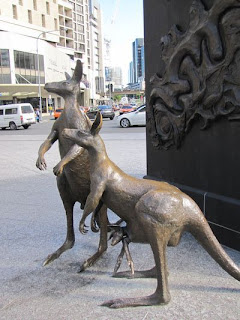 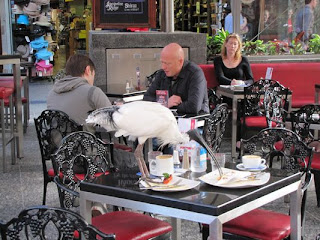 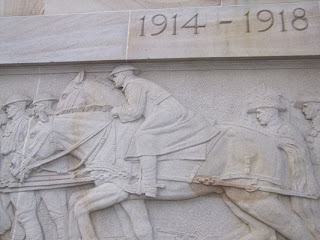 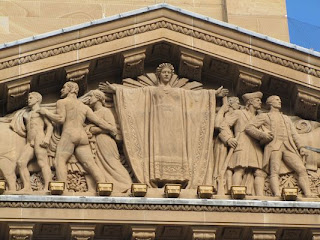 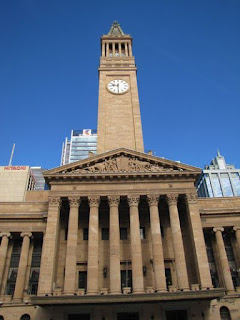 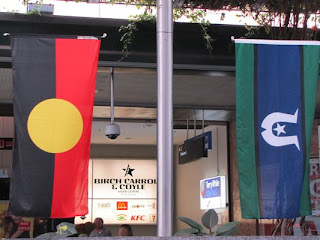 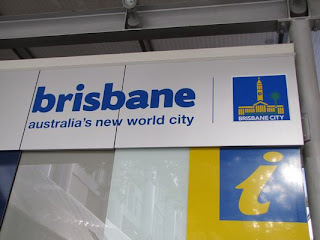 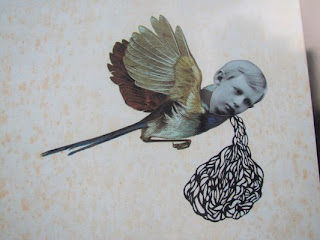 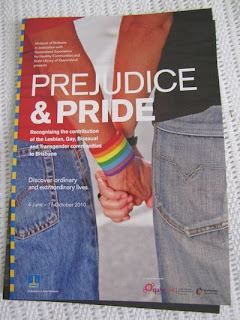 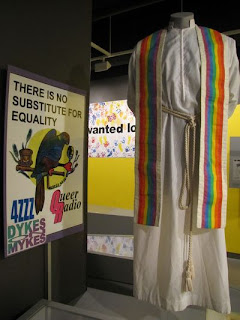 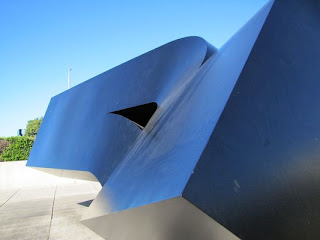 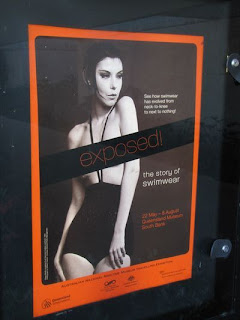 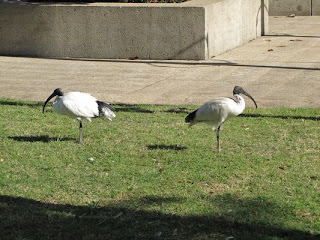 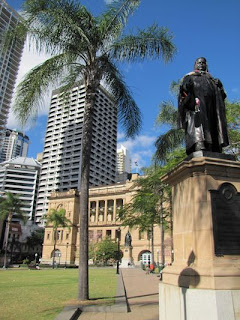 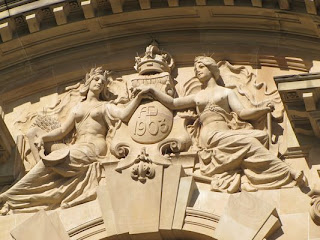 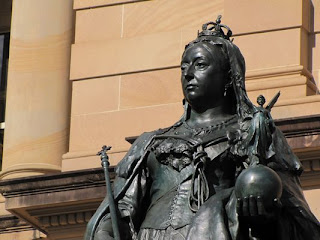 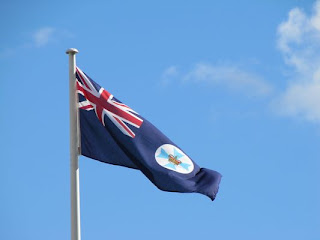 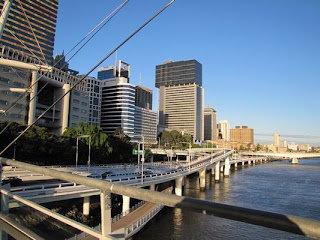 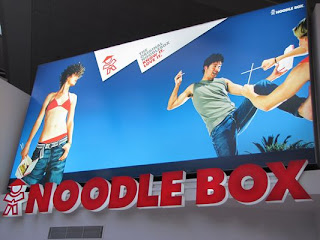 Tue 16 Jun 2010 Brisbane
Arrived in Brisbane around 6:45am.  Lady immigration officer didn't like my photo on passport and asked her colleague if that resembled me. She then asked me my birthdate and I passed the (easy) test. Clearing customs not difficult as well.  On ET's advice, I had declared some Chinese tea bags on arrival but they didn't even bother to ask me any question or check my luggage.
Brisbane Airport – modern tourist-friendly building. Tourist Info Counter was friendly and efficient. Bought return train ticket: A$28 instead of A$15 OW.
Quite cool temperature, like a high air-con.  Pleasant for sightseeing.  People were courteous and friendly which reminded me of good olde England where I spent a few good years. There were many young Asians on the streets of Brisbane – many are students…education is a major industry in Australia.  In fact, I heard many speaking Mandarin all over town – in a bank, on the streets and among shoppers – both perfect Beijing accent as well as rougher Singapore-Malaysian accents.
20min train ride to Central Station. Very helpful train service personnel who gave me directions. BASE Brisbane Palace Central Hostel which I booked for A$52/night is just across the street. The hostel was located in a beautiful early 20th century building but palace it certainly wasn't. I got a feeling something is wrong when I noted the sharp rusty edges of the ancient iron lift, which looked as though its ropes could be cut any moment and plunged its occupants to a bitter freefall death. I got off the lift as its highest accessible 4th level and had to carry my luggage up one more flight of stairs to the 5th level.
The room was small and cold. The bed was yet to be made and the sheets did not look the cleanest. An unfinished bottle of water sat on a small desk with chipped edges, next to a rubbish basket with uncleared rubbish. I had long maintained that my hostelling days were over but I bulked at paying more than A$150 for a room on a trip where I am paying ridiculous amounts for 24 air tickets. The bed and the floor were both cold, which reminded me the old resolution never to stay in a hostel and particularly in colder seasons. Hostels are less likely to be able to afford proper heating.  There were also no power point sockets in the room which meant I could not charge my camera or laptop.  I walked to the toilet whose front door carried a notice of water cut from 5 to 7am the next morning.
I changed, and went downstairs to ask if they had ensuite rooms.  They did not, but agreed to send someone to clean my room. Well, nobody ever did, and my only comfort was that I was only to stay here for one night.

Walked around downtown, which was quite small. Nice city centre and tourist-friendly. Nice ANZAC Square with its war memorial. Drew money from Citibank branch and visited a supermarket.  Dairy and bakery products and ice cream were cheap – Magnum chocolate ice cream costs about A$2 each, half the price in SG. And I love the bottled coffee which I was to buy twice today.  Also bought cookies and bananas.
Walked through the nice Queen St Mall, a pedestrian street with a high shelters similar to those at Clark Quay Singapore. Stomach unwell…I was to rush to toilet over mini-diarrhea several times today.  Visited several museums, one of which was the Museum of Brisbane which has an exhibition on old photographs of Brisbane, and a major exhibition on the history and contributions of the Gays Lesbians Bisexuals and Transexual communities in Queensland. Learnt some interesting facts about famous GLBT Queenslanders who lived well before the decriminalization of homosexuality, such as that the first premier of Queensland (1860s), Robert Herbet, who had a close relationship with the state's attorney and both of them lived together in a house named by joining parts of their surnames together.  Herston, the house, eventually became the name of the area which today remains the name of a suburb of Brisbane.  Dr Cooper, the state's first female doctor, and Bedford, her long term lady companion, were both international aid work pioneers renowned for her contributions in the Balkan wars of the 1890s; and they lived together and were buried together after their deaths.
Went south of the river to visit the Queensland Museum, which was crowded with school kids.  It has the usual dinosaurs and animal specimens but the Aboriginal and Torres Straits Islander (TSI) section was interesting.  The Australian national flag is now often flown together with two other flags with national status, those of the Aborigines and the TSI.  I wondered why TSI who came from such a tiny region was highlighted as a separate category from the Aboriginals.  I suspect there are 3 reasons:
1) The TSI are racially closer to PNG's Melanesians, hence different racially from the Aborigines.
2) TSI, although less numerous than the Aborigines, have a larger population than their small island sizes would imply.  Queensland has 126,000 Aborigines and 30,000 TSI.
3) The TSI were more aggressive in fighting for their rights and won a few legal landmark victories which then paved for other victories for the Aborigines.
The museum also has some panels on interesting aspects of QLD history, including how a white lady, her baby and two Chinese brothers who lived on Thursday Island (in the Torres Straits Islands) died a tragic death when they had to leave the island (where they were harvesting sea cucumbers) and ran out of water along the way.  The Chinese were named Ah Sam and Ah Leong and the panels described them as the "Ahs" which was a mistake. "Ah" is just a typical Chinese prefix attached to personal names used in less formalized situations.
Also popped by the huge Gallery of Modern Art which was described as world class by LP.  Excellent pieces of art, although I was very tired by then, having missed much sleep on the flight.  Went to the Queensland State Library which has free internet.  Surfed for a while.  Internet in the hostel as well as cybercafés around town are about A$5/hour (US$4.2)  I was in China the last few weeks where internet is available and free at most hotels, and about RMB 1 or 2/hour (US$0.15 or 0.25) in cybercafés. In this day and age, I believe that internet should be free at hotels and hostels, just as bathrooms and toilets often are included in the price of an ensuite room.  I may not like the PRC Government for internet censorship but I have to salute them for making the internet widely available and affordable for all.
Returned to town.  Walked to the City Botanic Gardens then back to the Queen St Mall area. Had lunch…Japanese katsudon (abt A$7) then back to hostel for a nap.  Off to the State Library again to use the internet.  Brought my laptop along but could not get onto the WIFI.
Back to the hostel and then took train to Brunswick St area.  Checked out Chinatown, bought a quarter grilled peri peri chicken from a fast food chain, Nando's.  Quite nice, or maybe I was just hungry and desperate.  Went to bed early.  Very cold, unpleasant sleep.  Was to wake up many times; very disturbed sleep.
Australia Pacific Islands