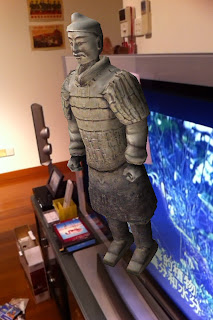 A terracotta warrior has invaded my apartment from the TV! 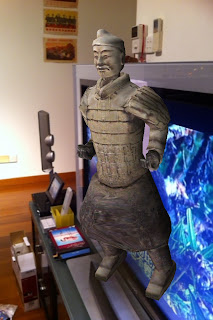 He got into an aggressive pose once he realised he was in an unfamiliar environment. 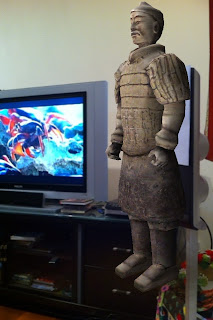 Realising there was no threat, he stood close to the TV, observing the surrounding. 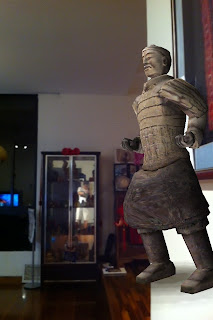 He watched me suspiciously, displaying a ready-to-fight posture. 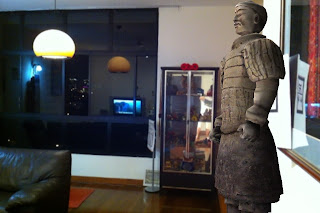 He now felt comfortable, and then addressed me in what was probably Qin-era Mandarin.  Unfortunately, we couldn't understand each other.  We had 2000 years between us. 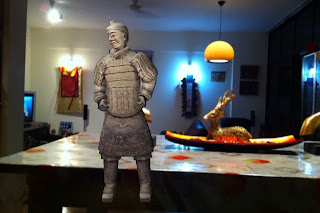 He got bored and wondered off to my dining area.  Then he turned and looked towards my kitchen. 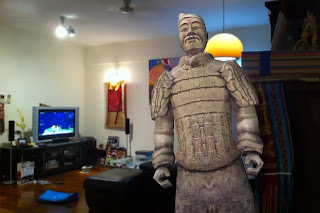 He prevented me from heading for my living room.  I wanted to watch my TV! 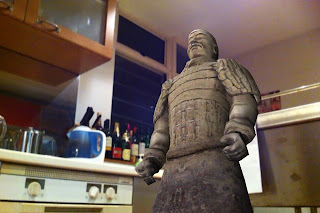 The warrior heads for my kitchen, probably aiming for my wine; don't tell him the wine are in the fridge; those bottles behind are empty! 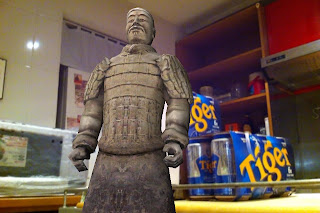 He found the beer... 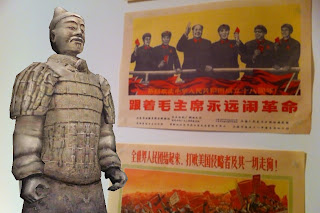 He found my Cultural Revolution era Mao posters and examined them suspiciously. He smiled when he realised he could decipher them.  After all, the Chinese written language was standardised by his master, Qin Shihuangdi, after he conquered all the principalities and abolished rival written scripts. 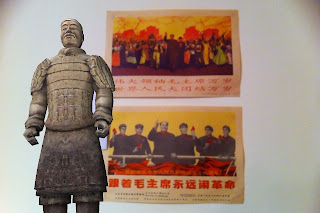 The Terracotta warrior poses next to Cultural Revolution era Mao posters. He must have found these similar to proclamations made by his own master, Qin Shihuangdi. 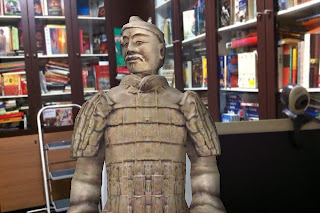 The waken Terracotta warrior found my books. I hope he wouldn't burn all of them, the way his lord burned books two thousand years ago.
Myself