Kingdom of Red Penis: This photo was taken at the ancient walls of the Kingdom of Ligor or Nakhon Si Thammarat (13th to 19th century), once a trading port city-state and tributary state of the Sukhothai and later Ayuthaya empires.

Before that, this was the capital of the Tambralinga Kingdom which in the 7th to 9th centuries sent tributary missions to Tang Dynasty China on at least 5 occasions. Tambralinga, which was a Hindu state, means Red Penis in Sanskrit, a name with deep religious and spiritual significance.

The Kingdom reached its height in 1247 when King Chandrabhanu invaded Sri Lanka and made himself King of Jaffna for 15 years - the only known Southeast Asian invasion of South Asia. In 1262, Chandrabhanu invaded southern Sri Lanka and was killed in battle. This marked the destruction of his extended empire and his home city emerged as Ligor, which was for all intents and purposes a small trading city state and tributary of great regional powers. 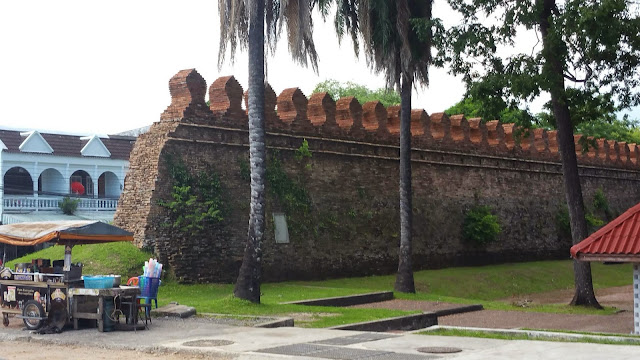