The Vodou-Punk Artists of Port-au-Prince

Vodou (or Voodooism) is the most prevalent religion in Haiti. It has its roots in various traditional West African faiths, in particular the forms practiced in Benin which I visited last year (see http://twcnomad.blogspot.com/search/label/Benin for my visit to the spiritual centres of Vodouism). It is a faith rooted in the belief of a supreme deity (Great Master) and numerous other lesser deities. Its rituals often involve possession of the followers by the deities, in manner not too different from the Christian speaking in tongues, Hokkien-Taoist tankis and other forms of shamanistic ceremonies. However, vodouism is often misunderstood and European propagandists had deliberately misinterpreted Vodou rituals as satanic during the Haitian War for Independence. Hollywood had gone further to exaggerate the black magic aspects of vodouism, in particular, zombies and darker deities such as the Baron and his wife, Maman Brigitte.

In Port-au-Prince are a few contemporary artists who specialize in using recycled or abandoned materials to produce installation and smaller art pieces based on a mix of traditional vodouist symbols and mythology as well as contemporary political, social, sexual and cultural themes. With an artist-guide, Milfort Bruno (who runs a shop outside Hotel Oloffson – US$20 for his service), I visited three of these artists, Andre Eugene, Celeur Jean Herard and Guyodo Klere, in their ramshackle huts in a shantytown along the Grand Rue. Yes, a rather nasty looking, dirty, muddy shantytown which plays host to these artists. We got onto taxi publiques (50 gourde each) and off we went to the artists workshops which I would never go on my own given their location.

What I was to discover were amazing explosive stuff. Greeting me right at the pathway leading to Eugene’s workshop was a 5 meter statue of a Vodou deity made of dismantled car body fitted with an enormous spring-loaded penis. His workshop was full of all sorts of stylized statues of not only Vodou gods but also political figures, including the likeness of Osama bin Laden – all made of wood, discarded furniture, tyre and car parts. Step into his inner workshop and one finds skulls and extremely freaky stuff all over. Eugene picked up a crowned skull in one hand and said, “this skull is real,” then pointing to a few others around the room, “those are real too.”
I tried to look nonchalant, “how do you get real skulls?”

“In Haiti, it’s not too difficult to get such things in cemetery,” Eugene said, smiling. I had a close look around this room and next. Apart from decorated or dressed skulls and skeletons, there were various eerie-looking dolls and figurines of Vodou deities and mythological creatures. Eugene pointed to a scary looking figure with a ghoulish-looking face on its torso, “that’s the Baron.” He was referring to Baron Samedi, the Vodou Master of the Dead and Keeper of Cemeteries. Pointing to a doll with pale face, not dissimilar to those little demon-possessed ones in movies such as the Exorcist, “that’s Baron’s wife.” Maman Brigitte is the Baroness’ proper name and the couple are a much feared couple in the Vodou pantheon of deities and known to be popular among practitioners of black magic.

I do not understand Vodouism well enough and cannot comment on the significance of these deities, but I won’t be surprised that Vodouism, like many religions, have manifestations of both the good and evil, which means that one cannot exist without the other. And Vodouism, like other religions, teaches its believers to do good and avoid evil. The existence of a fearful deity highlights the importance of doing good.

Even then, it was certainly a very freaking experience, surrounded by such frightful art pieces in a rather dim room. I asked Eugene if the statues of these deities have spiritual powers. “No,” he said, “as they were mere art objects, but they could be used for religious ceremonies and would assume spiritual powers once that occurs. Do you want to buy something and display at home? Such as a statue of the Baron and his madam? They are good in protecting homes against evil.”
I declined his offer politely. Eugene and his fellow artists have done well in the last decade. They have appeared in international exhibitions in the US, UK and continental Europe. Eugene asked if I could provide them with Asian connections. If you are interested, check out their websites at http://www.atis-rezistans.com/ 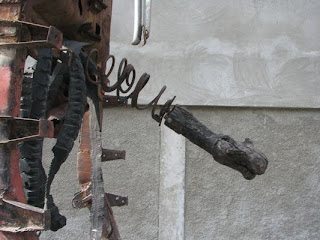 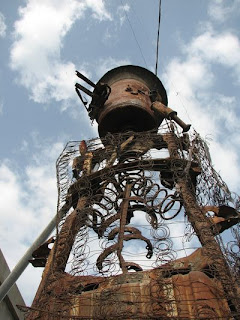 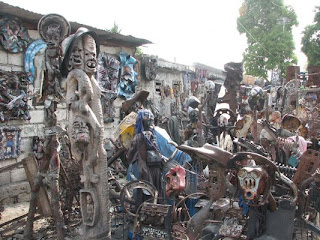 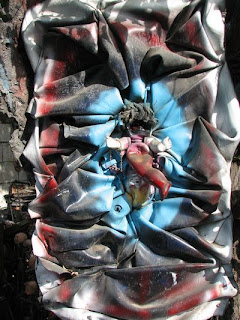 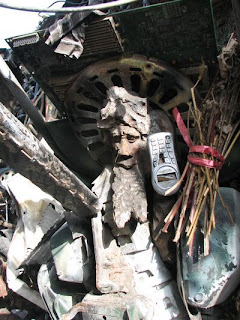 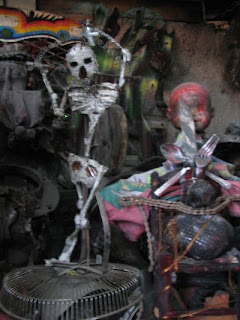 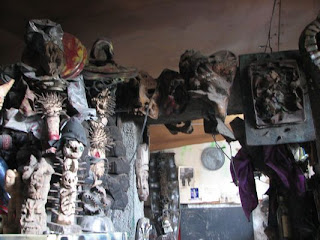 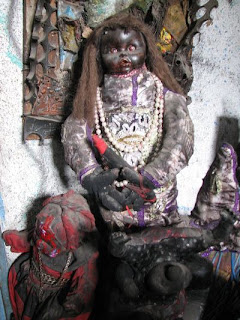 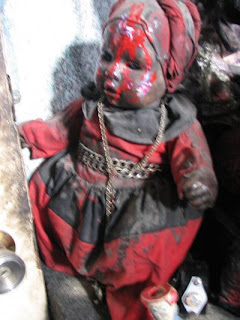 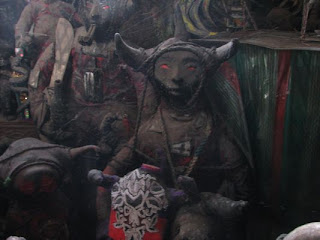 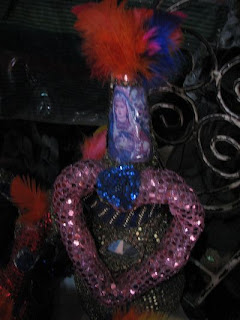 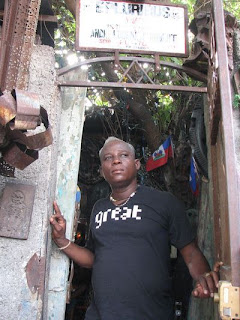 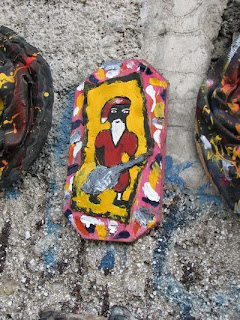 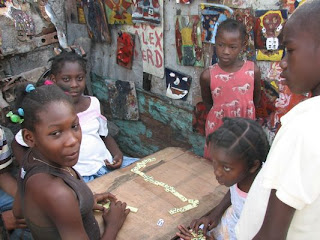 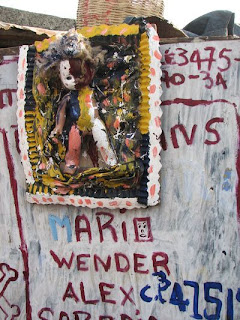 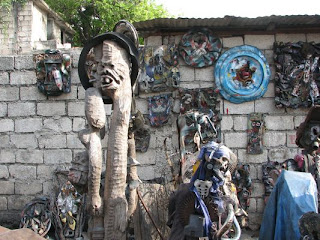 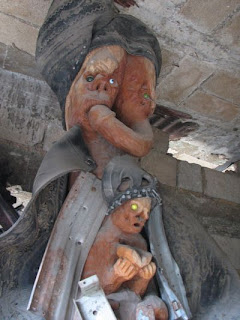 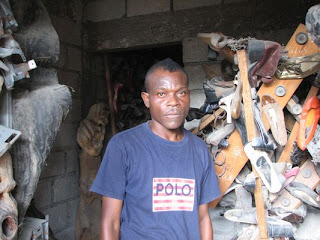 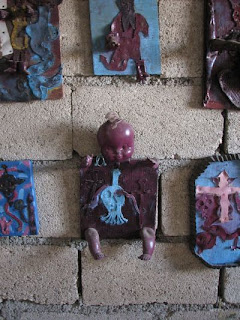 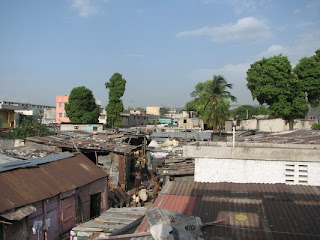 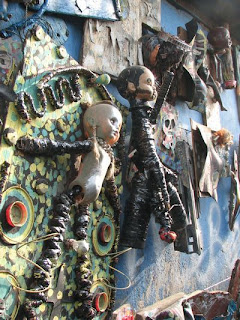 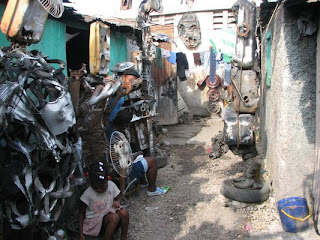 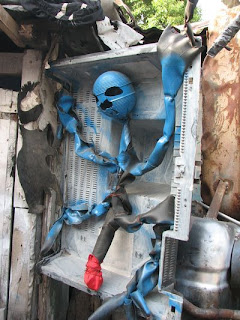 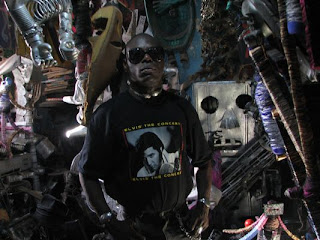 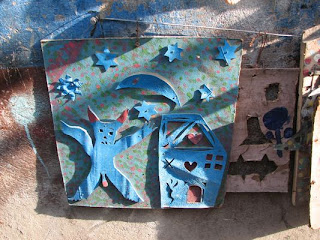 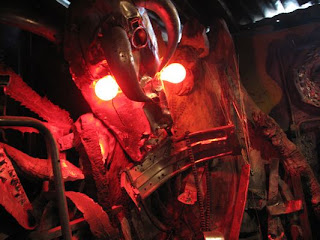 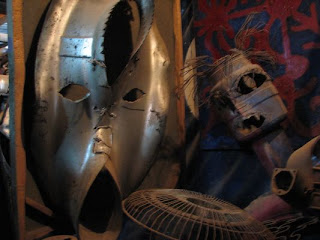 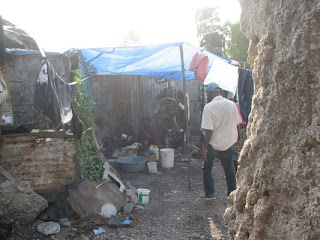 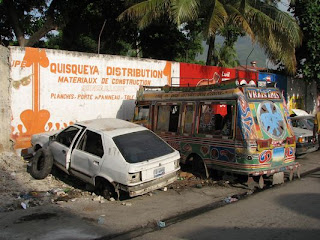